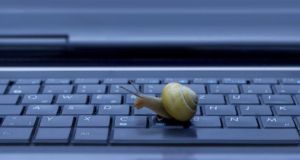 The challenges as a result of the rise in social media are arising faster than policy and law-makers can address. Paul Lambert’s new book on the area is a welcome contribution to a much needed debate. Photo: Getty

The growth of the internet industry in what is described as “Web 2.0” technologies was until recently seen as US-centric, and the law regulating this area was centred from that sphere. But this has changed, predominantly for two reasons:

Firstly, the expansion of these web 2.0 companies, particularly social media companies in Europe (and Ireland in particular), has meant the laws and policy of the European Union has become more and more relevant.

For example, AirBNB recently announced all of their non-US business would be conducted exclusively under Irish law. Whilst some US-based companies operating in Ireland continue to cite American jurisdiction for their non-advertising operations (Google being one such example) more and more social media companies, either wholly or partly, operate under civil and, in particular, criminal law across Europe via Ireland.

Secondly, the nature of these social media companies has meant the jurisdiction of their activities has not been so much about where they themselves are based, but where their users are based.

On this basis, solicitor and law lecturer Paul Lambert’s new book Social Networking: Law, Rights and Policy is both a timely and relevant tome that looks not just at the legal and policy environment in Europe around social media usage, but at a number of contemporary issues concerning the use of social media by individuals and by companies.

Lambert, who has written worthwhile texts on data protection and the use of Twitter in the court room, has brought together a number of authors and contributors, including solicitors, academics, law students and social media advocacy groups with specialisms and experience across the range of contemporary legal and policy areas concerning social media.

One contributor whose input into the book is particularly worthwhile and relevant is Max Schrems, an Austrian law student and privacy campaigner who has challenged the Irish Data Protection Commissioner to investigate claims by Edward Snowden that Facebook breached EU data law by passing the data of EU users to the US National Security Agency as part of the agency’s Prism programme.

In the book, Schrems and his organisation, Europe Against Facebook, identify the key elements of their criticisms of Facebook with regard to European and Irish data protection laws. The complaints levelled at the social network include how it stores and retains data, the “shadowing” of data (collecting data unknown to a user), the tagging of users in photos and content without their permission, changes to privacy policies and Facebook’s facial recognition (which was acknowledged as being in breach of data protection laws).

Europe Against Facebook’s significant concerns about Facebook are lengthy, but no doubt thorough in nature, and, as Shrems himself admits, not exhaustive.

Shrems notes in Lambert’s book they wanted the Irish Data Protection Commissioner to look into how Facebook handles users’ data. The organisation’s criticism is not just directed at Facebook, but is just as critical of the failure of regulators to properly acknowledge these concerns.

Another particular issue, though straying more into search engines than pure social networking, is the issue of the right to be forgotten.

As with all the topics in the book, Lambert has seemingly sourced the most qualified and informed contributors to write about particular areas. The recent ruling by the European Court of Justice on the right to be forgotten follows a Spanish High Court ruling obliging search engines to accede to an individual’s request for specific search results to be removed if the results were “inadequate, irrelevant or no longer relevant”.

Writing in Lambert’s text, Spanish law professor José M Baño Fos details the background to the original case, with a comprehensive analysis of the legal and policy landscape impacting on the case. As with many of the chapters, more questions are provided than answers, which helps to identify the policy and legal challenges facing companies and indeed citizens facing these issues in future.

Madden critically assesses the FA’s performance against its own responsibilities with regard to accountability and self-regulation. Whilst it may not suggest a framework for how companies should establish social media policies, the chapter provides an interesting outline of how an organisation has tried to set out a social media guidelines.

There are significant challenges ahead when it comes to how social media is approached; this book is a timely and welcome contribution to that debate.

Given the focus of attention on Ireland in particular as a European tech hub, the legal challenges will substantially increase. No doubt this book will be a welcome resource for those responsible for charting out a future where these issues are dealt with.