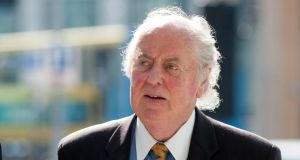 The corruption trial of businessman Jim Kennedy and four county councillors has been adjourned until Monday at Dublin Circuit Criminal Court.

Judge Mary Ellen Ring has told the jury of seven women and four men that she has a number of sentences to deal with and that other matters have arisen that have disrupted the trial today .

Former lobbyist Frank Dunlop has testified that Mr Kennedy gave him IR£25,000 in 1991 to bribe four councillors to vote in favour of rezoning land at Carrickmines.

Mr Kennedy has pleaded not guilty to 16 counts of making corrupt payments to councillors.

The trial is due to last until the end of July.