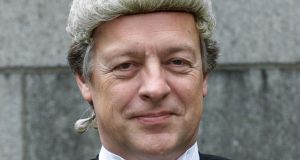 The Government has approved the appointment of seven new judges to the Court of Appeal.

Six of the judges are to be appointed immediately and the seventh later this month upon the retirement of Mr Justice Michael Peart.

High Court judges Seamus Noonan, Robert Haughton, Úna Ní Raifeartaigh, and Mary Faherty are to be appointed, as are senior counsel Ann Power, Maurice Collins and Brian Murray. Mr Collins will be appointed after the retirement of Mr Justice Peart.

Legislation was introduced earlier this year allowing for the appeal court to get an extra six judges. The court will now have 15 judges.

The new law increasing the size of the court was introduced by the Minister for Justice, Charlie Flanagan, so as to reduce the waiting time for appeals to the court, currently at between 18 months and two years.

The decision means that four positions have become vacant in the High Court. The appointment of judges to the courts has been made difficult during the term of this Government, because of the determination of the Independent minister, Shane Ross, to change the way in which judges are appointed.

A new Judicial Council Bill, as well as a Judicial Appointments Bill, are currently making their way through the Oireachtas. Mr Ross, who is Minister for Transport, Tourism and Sport, has taken a strong interest in the latter piece of prosposed legislation and has at times resisted the appointment of new judges under the existing system.