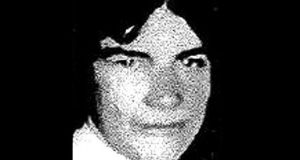 Police have found an “object of interest” after exhuming the body of 18-year-old Daniel Rooney, who was shot dead by the British army in controversial circumstances in west Belfast in 1972.

The exhumation was carried out as part of an overall PSNI investigation into allegations that a British army undercover unit called the Military Reaction Force (MRF) operated a shoot-to-kill policy in Northern Ireland in the early 1970s.

Mr Rooney was shot dead in the James Street area of west Belfast in September 1972.

Three years ago, the BBC’s Panorama programme reported that Mr Rooney and another Belfast man, Patrick McVeigh, who it said had no paramilitary connections, were fatally wounded by MRF soldiers in drive-by shootings in the city in 1972.

The programme reported that the MRF wounded more than 10 others who were not involved in paramilitary activity in incidents in the early 1970s and that the unit had authority to kill real or suspected IRA members, regardless of whether they were armed.

Seven former members of the MRF told Panorama they had high-command permission to carry out drive-by shootings, even when there was no independent evidence that the targets were armed or were members of the IRA.

The allegations prompted the North’s Director of Public Prosecutions, Barra McGrory, to ask for a PSNI inquiry on the matter, “on the grounds that criminal offences may have been committed”.

The exhumation of Mr Rooney’s body was approved earlier this month by the Belfast Coroner, to determine if any bullet fragments could be recovered from his body.

There was no postmortem at the time and no explanation was given to Mr Rooney’s family as to why no such examination took place.

“Mr Rooney’s body has now been removed to allow some forensic work to be carried out.

“However, at this stage, we can confirm that we have found an object of interest that will be submitted for further forensic tests in due course,” said Mr McGuinness on Tuesday.

“We are continuing to liaise with the [Rooney] family in relation to this and will keep them informed of any further developments.”

“I would once again ask media to treat this sensitively, being mindful of the fact this is a difficult time for the family,” said Mr McGuinness.

The detective said that he and his officers were “determined to get to the truth of what happened both for the Rooney family and for all the other families involved in this investigation”.