Kinsale has one of largest increases nationwide, with crime levels up 45% 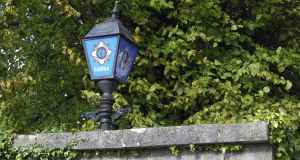 CSO figures show more than 52% of Garda stations had a higher number of reported offences last year than in 2018.

Some large towns and suburbs in the Republic experienced increases in crime levels in excess of 25 per cent – more than six times the national average – last year, including Longford, Wicklow, Kinsale, Kells, Ardee, Howth and Rathcoole.

An analysis of recorded crimes across all 564 Garda stations nationwide last year shows rates increased in more than half of all towns and villages despite a reduction in high-profile offences such as burglaries and robberies.

Figures published by the Central Statistics Office (CSO), based on data recorded on the Garda Pulse system, show more than 52 per cent of stations had a higher number of reported offences last year than in 2018.

Crime levels were up in 296 stations, unchanged in 15, while numbers were down in 253 stations.

Overall crime levels across the State were up just over 4 per cent, with increases in all main crime types with the exception of homicides, kidnappings, burglaries and robberies.

Longford experienced a 44 per cent increase in crime last year – the highest percentage increase of any Garda divisional or district headquarter.

A total of 1,478 offences were recorded in Longford during 2019 – up 455 on the previous year – with the surge driven by increases in assaults, drug offences, organised crime and breaches of court orders.

The number of reported crimes in Wicklow town last year rose by 43 per cent to 628, with across the board increases in public order, assault, burglary and theft offences.

Kinsale, the popular tourist town in Cork, experienced one of the largest increases nationwide with crime levels up 45 per cent due to a major rise in drug and public order offences.

The figures at station level do not include homicides or sexual offences which are excluded from official statistics to protect the identity of victims.