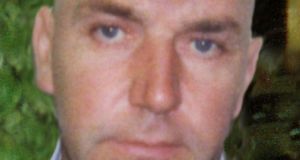 Christy Keane was shot a number of times in the car park of University of Limerick Sports Arena .

Two men have been brought before the Special Criminal Court charged with facilitating the alleged attempted murder of convicted criminal Christy Keane on the grounds of University of Limerick in 2015.

John Costello (39), of Hennessy Avenue, Kileely, in Limerick and Larry McCarthy (42), of Buncrana, Co Donegal were arrested at their respective addresses on Wednesday morning and brought before the non-jury court.

Christy Keane (59) was shot a number of times in the car park of University of Limerick Sports Arena as he attempted to go for an early morning gym session on June 29th, 2015. He managed to escape to a nearby running track and survived.

The investigation into the shooting of Christy Keane remains ongoing and a number of people have been questioned in relation to the incident over the years.

Detective Garda Alan Harkin told the Special Criminal Court on Wednesday that he arrested Mr Costello at his Limerick address at 7.42am that morning.

Det Gda Harkin said he informed Mr Costello of the reason for his arrest and cautioned him. In response, Mr Costello made no reply, the detective garda said.

Detective Garda Donagh Coakley told the court that he arrested McCarthy at an address in Buncrana at 3.25am on Wednesday morning on foot of a warrant issued by the Special Criminal Court in February.

Det Gda Coakley agreed with Mr McCarthy’s barrister, Marc Thompson BL, that after the accused man was brought to Henry Street garda station in Limerick, he was brought to hospital for an injury.

When asked whether Mr McCarthy required eight stitches for the injury, the detective garda said “I’m not aware of the number” of stitches that were required. Mr McCarthy also appeared with a white bandage on his forehead over his right eye to which his barrister, Mr Thompson, pointed when he referred to his client requiring stitches that morning.

Mr Thompson indicated that his client would be applying for legal aid, as did Cathal McGreal BL, for Mr Costello.

Mr Justice Tony Hunt, presiding at the three-judge court alongside Judge Sarah Berekely and Judge Dermot Dempsey, remanded the both men in custody to appear before the court again on June 12th next, when applications for bail are expected to be made.

Both men wore face masks and t-shirts as they sat in the dock for the brief hearing.

State solicitor Michael O’Donovan applied formally for an order that both men be tried before the non-jury court for the alleged offences.