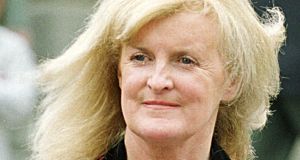 Catherine Nevin was found guilty of the murder of her husband Tom. Photograph: Collins

The Supreme Court has ruled that Catherine Nevin’s conviction for the murder of her husband can be relied on by his family in their bid to ensure her estate does not benefit from his.

The full hearing of the civil disinheritance proceedings will be heard later.

A five-judge Supreme Court on Thursday unanimously dismissed an appeal on behalf of the executors of Ms Nevin’s estate against a finding the conviction was admissible in those proceedings as evidence of Ms Nevin’s guilt of the murder of her husband Tom.

Tom Nevin’s brother Patrick was in court for the judgment.

Lawyers for Ms Nevin’s estate had argued the conviction does not amount to proof of her guilt of Tom Nevin’s murder and was proof only that she was “found guilty”.

Ms Nevin died in a hospice in February 2018 having been given compassionate temporary release from her life sentence. Giving the Supreme Court judgment, Ms Justice Iseult O’Malley pointed out the ruling sought by the Nevin family relates only to the admissibility of the murder conviction “in civil proceedings”.

The proper approach to the relevant provision of the Succession Act, Section 120, remains to be determined, she stressed.

The court’s judgment, she further stressed, is concerned only with the situation that arises where a defendant, whose conviction is proposed to be proved, maintains their innocence of the crime.

An admission of guilt is always admissible as an admission against interest in an estate, she said.

In this case, she was satisfied evidence of the conviction “is in principle admissible”.

While proof of a conviction might in one sense be seen simply as evidence of jury opinion, it is an opinion that carries far greater weight than that of a witness in a hearing by virtue of the nature of the process by which it is produced, she said.

On the other hand, its relevance may be open to dispute depending on the facts of the individual case, she said.

A trial judge in a civil action may have to consider whether the facts set out in the order of conviction are sufficiently related to the issue to be determined. If not, admission of the record may be refused, the judge said.

The appeal was over a Court of Appeal finding that the criminal conviction can be relied on in the civil disinheritance proceedings as proof of Ms Nevin’s guilt of the murder of her husband in March 1996.

Catherine Nevin was convicted in 2000 of the murder after a 42-day trial in the Central Criminal Court. That was the third trial as two earlier trials were aborted.

Tom Nevin’s mother, Nora, initiated proceedings in November 1997 seeking that Catherine Nevin be disinherited. Mr Nevin died intestate and the couple had no children which generally means the entire estate goes to the widow. Mr Nevin was murdered in 1996 at Jack White’s Inn in Brittas, Co Wicklow, the pub jointly owned by the couple. Mrs Nevin re-opened the pub for a short time before it was sold in 1997 for IR£620,000.

After Nora Nevin died intestate in 1999, her case was taken over by Tom Nevin’s brother and sister, Patrick Nevin and Margaret Lavelle.