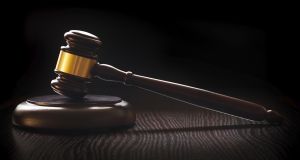 The man’s EU rights had not been breached because he has never been an Irish or EU citizen, the judge said.

The Court of Appeal has dismissed a man’s appeal against the State’s refusal, on national security grounds, to grant him Irish citizenship.

The man, who cannot be identified for legal reasons, does not know the basis for the conclusion that his application for naturalisation is contrary to national security interests.

He is from a country outside the EU but has lived here for more than 25 years after securing refugee status.

He applied for a certificate of naturalisation on several occasions but was turned down.

The High Court ruled in 2014 that he was entitled to inspect some, not all, parts of documents held by the State in regards to his background. The court also ruled the State should provide more detailed reasons for the decision not to grant the man a certificate of naturalisation.

The man made a fresh application for naturalisation, which was also turned down by the Minister for Justice. As part of that decision, the man was given a report setting out national security/international relations concerns that arose in his case.

The report added the man’s right to specific reasons was outweighed by national security interests in maintaining the confidentiality over the information concerned.

The man says he has no idea what is being levied against him, claims the accusations are mistaken and he is of good character.

On grounds including he has been denied the right to correct damaging accusations made against him behind closed doors, he took High Court proceedings aimed at quashing the Minister’s decision but those were dismissed in 2016.

In his judgment, Mr Justice Gilligan said the interests of national security “outweighs” the man’s position.

From the man’s perspective, the Minister’s decision appears to be unfair but the reality is there is no better solution available, he said.

The Minister had used his discretion not to release the content of certain material to the man on national security grounds.

There is no formal procedure in Ireland where an independent body can examine a document over which privilege is claimed on national security grounds to consider if it can be released to an unsuccessful applicant seeking Irish citizenship, the judge noted.

In his concurring judgment, Mr Justice Hogan dismissed the man’s claim of breach of EU law rights. The man’s EU rights had not been breached because he has never been an Irish or EU citizen, the judge said.

The EU charter had no application to this case because the decision of any EU member state to grant citizenship represents an exercise of its own national sovereignty and does not involve EU law, he added.