‘I am not going to plead to that’, says man when charged 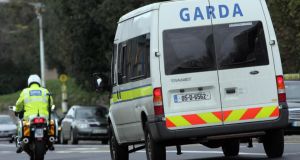 A 49-YEAR-OLD man was remanded in custody today after he was charged over an alleged attempted sexual assault on a young woman in Dublin on Monday morning.

James Donohoe, with an address at Harold’s Cross Road, Dublin, had been arrested and charged following an alleged attack on the woman who is in her twenties.

Dressed in navy chinos, a black jumper and an open neck shirt, he was brought before Judge Michael Walsh at Dublin District Court today.

He has been charged with assault causing harm to the woman and attempting to sexually assault her at Effra Road, in Rathmines.

Mr Donohoe, who gets a disability allowance, spoke briefly at the beginning of the hearing when he was asked by the judge if he had a solicitor to which he replied “No your Honour.”

He gave the same response when the judge asked if he wanted a lawyer appointed by the court. However he changed his mind when the judge repeated the question and explained to him that he faces serious charges.

Solicitor Lorraine Stephens was appointed to represent him and after taking instructions from Mr Donohoe she said that she was instructed not to apply for bail at this juncture.

In evidence Garda Ciaran O’Mahony of Terenure Station, told Judge Walsh that Mr Donohoe had no reply when he was charged with the first offence on Monday evening at Terenure station.

The man told the garda “I am not going to plead to that,” when the second charge was put to him, the court heard.

A file is to be sent to the DPP and it could take up to six weeks until directions are obtained, the judge was also told.

The defence lawyer told Judge Walsh that her client would give gardaí notice of any intention to make a bail application. She also said that the man had been undergoing psychiatric treatment and asked the judge for an order for this to be continued while he is in custody.

Judge Walsh directed that he was to receive the appropriate medical attention during his remand in prison. Legal aid was granted to Mr Donohoe.