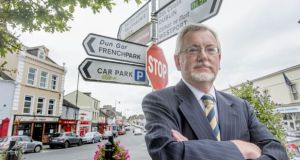 A suspended solicitor has lodged some €395,000 to the client account of his former firm following complaints about him by clients, the High Court has heard.

Declan O’Callaghan’s case was further adjourned on Monday for four weeks to allow for various matters, including an up to date report by the current managers of his former practice.

Mr O’Callaghan agreed last July to several orders, including not to practice as a solicitor, pending the outcome of an inquiry by the Solicitors Disciplinary Tribunal (SDT) into his conduct.

He was also to pay €350,000 from his personal funds by September 10th to the client account of Kilraine O’Callaghan, to cease his involvement with that firm and to make good any additional deficit that may occur after various identified client files are finalised.

When his case returned on Monday before the president of the High Court, Mr Justice Peter Kelly was told €395,000 has been paid and Mr Steen has been meeting with clients to close out files.

The judge was also told John O’Dwyer, a solicitor who had acted for Mr O’Callaghan in the Law Society proceedings, had sought to come off record for him. Because the solicitor had never formally come on record, it was unnecessary to make that order, the court heard.

The judge expressed concern about the circumstances in which Mr O’Dwyer had sought to come off record. It appeared Mr O’Dwyer felt he was not being given the “full picture” by Mr O’Callaghan and the relationship of trust between the two had broken down.

When he asked was the Law Society concerned or did it believe further orders were necessary, Nessa Bird BL, for the Society, said it was satisfied in circumstances where Mr O’Callaghan remains suspended, has no involvement with his former practice and in the context of the inquiry pending before the SDT.

The Society was satisfied the various orders in place address concerns about the protection of clients and the public pending the SDT inquiry, she said.

The judge also queried why there was delay in advancing wardship proceedings aimed at protecting the substantial estate of a bereaved child.

The Society had earlier this year initiated its application for suspension of Mr O’Callaghan arising from concerns raised in an independent solicitor’s report, including his having withdrawn substantial fees from the estate of that child.

When told on Monday the child’s mother had some concerns about wardship, the judge said the mother would have a full opportunity to air those but the aim of wardship was to protect the child’s assets.

The court was previously told Mr O’Callaghan has reimbursed some €344,000 fees, including VAT, withdrawn by him from the child’s estate, which he has accepted were excessive.

They remain lodged in a controlled account pending further court order. The child’s estate has assets of more than €736,000.

Mr O’Callaghan was also given time to provide a full explanation for his deduction of some €101,000 fees from a €396,000 estate held for a widowed client and her three children. He and the widow have since agreed on fees of some €28,000.

Mr O’Callagan has said he now accepts the fees were excessive but maintains he conducted himself honestly at all times.

Last March, the Society’s Regulation of Practice Committee, having considered the reports into the solicitor’s practice, referred him to the SDT for an inquiry into his conduct and authorised the Society to apply for an order suspending him from practice pending that inquiry.

1 Trump turns to bible for photo op as DC burns around him
2 Covid-19: Easing of restrictions ‘unlikely’ to be speeded-up
3 Today expected to be hottest day of the year so far
4 ‘Frustrated and angry’: Thousands march in Dublin to protest death of George Floyd
5 Body of missing five-year-old recovered from Lough Mask, Co Mayo
Real news has value SUBSCRIBE