Row between partners in law firm may result in receivership 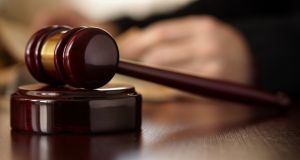 A receiver may have to be appointed to a leading Dublin law firm because of a dispute between its partners the High Court has heard.

All three are partners in KOD Lyons, a firm specialising in criminal and human rights law.

The matter was briefly mentioned before Ms Justice Carmel Stewart at the High Court on Friday.

Frank Callanan SC, for Mr Kelleher, said the dispute was between the partners at the firm and Mr Kelleher’s claim was that he has been frozen out of the firm.

Marcus Dowling BL, for Ms Flynn and Mr O’Doherty, said while his clients were opposing the action and deny any wrongdoing, there was a realisation the partnership could no longer work.

A receiver may have to be appointed and the firm sold, the court was told.

Mr Dowling asked that the court adjourn the matter until Wednesday so a receiver can be identified.

Mr Dowling said the action between the partners was holding up another action by KOD Lyons against two of its former employees, Freda Murphy and Niamh O’Brien, for alleged breach of contract.

In that action, the firm seeks orders including injunctions restraining the two solicitors canvassing any of KOD Lyons’ clients or carrying on a practice as solicitors within a mile of the firm’s offices until April 2017.

Barney Quirke BL, for the two solicitors, said the injunctions application, and the claim of a breach of contract, was fully contested. Given the situation between the partners, the action against his clients should be adjourned generally, he said.

Ms Justice Stewart said she would adjourn both actions to Wednesday. She urged all parties involved, who she said are all professional people and officers of the court, to try and resolve the matter between themselves before then.