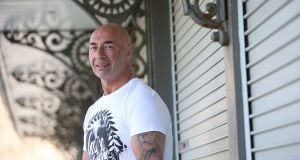 Pete Taylor: he received gunshot wounds to his chest and arm in the 2018 shooting. Photograph Nick Bradshaw

Boxing coach Pete Taylor has taken a personal injury case seeking compensation for injuries he sustained in a shooting two years ago at his boxing club in Bray, Co Wicklow.

Mr Taylor is the father and former trainer of world lightweight champion and Olympic gold medallist Katie Taylor. He is taking a personal injuries case against several organisations, including Wicklow County Council, which owns the premises, and the Irish Athletic Boxing Association (IABA).

The gym and boxing club Mr Taylor ran in Bray was the scene of a shooting on June 5th, 2018, where one man was killed. Bobby Messett (50), from Bray, was shot dead as he answered the door of the boxing club ahead of an early morning fitness session.

Mr Taylor and another man were also shot and injured in the attack, and an individual has been charged and is awaiting trial over Mr Messett’s shooting.

The boxing coach lodged High Court proceedings on Tuesday, seeking compensation over the injuries he sustained in the shooting.

The case is being taken against Wicklow County Council, the IABA, and Bray Boxing Club Ltd, a company which lists Mr Taylor as a director.

His partner, Karen Brown, is also taking a case over psychological trauma she alleges she suffered as a result of the shooting, with proceedings lodged on Tuesday against the same defendants.

It is understood the IABA is included in the cases due to insurance cover arrangements, according to a source on the boxing association’s board of directors.

Mr Taylor’s company Bray Boxing Club Ltd has been included as a defendant in the cases for similar reasons.

Mr Taylor said he did not wish to comment on the legal case when contacted by The Irish Times.

Both Mr Taylor and Ms Brown are represented by the Ballsbridge-based legal firm Robinson O’Neill Solicitors.

Separately, Mr Taylor is suing Wicklow County Council in a dispute over the use of the Bray boxing club premises since the shooting, according to High Court proceedings lodged last August.

In the week after the shooting Wicklow County Council said as the owner of the building it had “secured” the gym, and had “a responsibility to ensure that the building is restored to a condition fit for community use” .

In that case Mr Taylor is seeking damages from the local authority over the decision to shut him out of the premises.

The boxing club and gym, which is located on Bray harbour, has remained closed since the 2018 shooting, which local Sinn Féin TD John Brady said was “unbelievable”.

He said there were several boxing clubs in the area without adequate facilities, while the “fantastic purpose-built facility was lying idle”. It was the “sport and the youngsters” who were losing out from the gym remaining shut.

A spokesman for Wicklow County Council said it did not wish to comment on the legal cases.