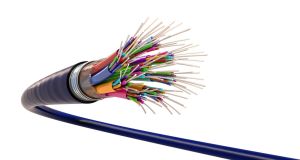 The High Court has dismissed a Minister’s challenge to the Information Commissioner’s decision that a journalist was entitled to commercial information about the State’s fibre-optic network under the Freedom of Information Act.

Mr Justice Séamus Noonan dismissed an appeal by the Minister for Communications, Energy and Natural Resources over a contract to manage and operate fibre-optic cable networks in Ireland’s towns and cities being made available following an FOI request.

The contract was entered into several years ago by the Minister and E-Nasc Éireann Teoranta (Enet).

Journalist Gavin Sheridan, a notice party to the action, made the FOI request for access to certain information including the terms of a concession agreement concerning the fibre-optic cable network.

The State owns the fibre-optic cable infrastructure in towns and cities. This asset is known as the Metropolitan Area Networks, or Mans, the judge said.

Telcom operators without their own cable network use Mans to provide services to customers and access to this important State asset is agreed on commercial terms, he said.

Following a tendering process, the Minister entered into a concession agreement with Enet, also a notice party to the action, to maintain, manage and operate the Mans.

Mr Sheridan sought access to information that included the concession agreement and the Minister took the preliminary view the public interest would, on balance, be better served by granting Mr Sheridan the information rather than refusing it.

After Enet said the records should not be released because they were commercially sensitive, the Minister, citing a duty of confidence to Enet, refused to provide the information.

Mr Sheridan appealed to the Commissioner who upheld the appeal and found the public interest would be better served by releasing the information.

The Minister appealed to the High Court on a point of law, arguing the Commissioner erred for reasons including applying an incorrect standard that required the Minister to demonstrate release of the contract would “totally undermine” Enet’s business.

That test was not provided for in the FOI Act, it was submitted. The balancing test by the Commissioner was not properly carried in contrast to the Minister who correctly concluded that the public did not favour disclosure, it was also argued.

In his decision, Mr Justice Noonan said it was difficult to resist the conclusion the Minister’s case came down to the contention he got the balance right and the Commissioner got it wrong.

This was not an argument the court could engage with in an appeal on a point of law and he must dismiss the appeal.

It was common case the information sought was commercially sensitive and there was “nothing novel or erroneous” in the Commissioner’s determination the onus was on the Minister to demonstrate exceptional circumstances to justify the refusal.

The Minister had come to a preliminary view the public interest favoured disclosure but came to a different conclusion after consulting with Enet. It was clear from the Commissioner’s decision that, unlike the Minister’s, all arguments in support of non disclosure were explicitly engaged with and discounted.

Arguments that releasing the information would deter future bidders or benefit future tenders for the Mans contract were not accepted by the Commissioner and it was not demonstrated disclosure would undermine Enet’s business.

It could not be said the Commissioner’s decision was irrational, outside discretion or not in the public interest, he held.