Medication supplied from pharmacy when there was no pharmacist present 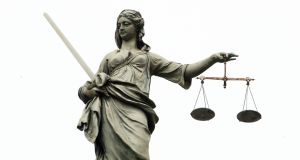 The president of the High Court, Mr Justice Peter Kelly, said in order to have a retail pharmacy business open it is a statutory requirement to have a pharmacist at the premises

A pharmacist found guilty of professional misconduct over allowing prescription and other medications to be supplied from his premises when there was no pharmacist there to supervise has had conditions attached to his registration.

The president of the High Court, Mr Justice Peter Kelly, said in order to have a retail pharmacy business open it is a statutory requirement to have a pharmacist at the premises.

He confirmed a decision by the Pharmaceutical Society of Ireland (PSI) to censure Michael McCormack, of Leighlin Pharmacy, Leighlinbridge, Co Carlow, and apply conditions to his registration.

In seeking those orders the PSI noted that Mr McCormack made admissions following inspections into his premises by authorised officers of the PSI in 2014, and had taken steps to remedy the problems. It considered there was reduced risk of recurrence.

Mr McCormack, the superintendent and supervising pharmacist at the pharmacy, made the admissions at an inquiry by the PSI’s professional conduct committee (PCC) in November 2018.

The judge said the PSI’s concerns included there were 190 supplies of medications made when there was no pharmacist on the premises to supervise those, and a high-tech controlled drug was given 19 times to a named patient without a valid prescription.

Other issues were about inappropriate storage and inadequate registration of drugs, including 488 Ritalin tablets unaccounted for on the register, and out-of-date drugs being stored when they should have been properly disposed of.

On foot of the inspections and admissions made by Mr McCormack, he was found guilty by the professional conduct committee of professional misconduct for allowing prescription-only and other medications be sold on various dates in 2013 and 2014 without personal supervision of a registered pharmacist.

He was found guilty of poor professional performance (PPP) over not maintaining an accurate and/or complete controlled drugs register between February 1st and November 18th, 2014, and for supplying, causing, or permitting to be supplied one or more controlled drugs without a valid prescription, including 40mg of the drug Humira to a patient between March 2013 and November 2014.

Mr McCormack had admitted the allegations around which the findings were made.

The professional conduct committee noted Mr McCormack had accepted that since the inspection, his dealings with the PSI, and through criminal and regulatory proceedings he must “hold his hands up” for a very significant period of disorganisation in his practice.

The judge said the findings all related to how Mr McCormack ran the pharmacy, and a finding of misconduct was made on the basis he failed to ensure when certain products were sold that they were carried out under supervision of the pharmacist. “That is essential to maintain public trust.”

Because much of what was complained about “has been put right”, the PSI was recommending he be censured and have conditions attached to registration and the court would make those orders.

The conditions require Mr McCormack to comply with a mentoring superintendent pharmacist’s recommendations in relation to the areas where his practice was found deficient, and for another pharmacist to audit his practice over three years.

In an affidavit, Niall Byrne, registrar of the PSI, said a recent audit had noted progress and change has been made with “full respect” of legislative and regulatory provisions and requirements at Leighlin Pharmacy.