Court hears Data Protection Commissioner found there had been a leak 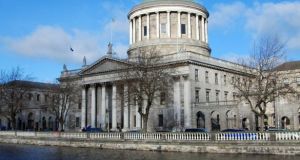 The man was granted permission by Mr Justice Charles Meenan on Wednesday to have his name anonymised in intended breach of privacy proceedings against Tusla over the matter.

A man has claimed that Tusla, the Child and Family Agency, unlawfully leaked information to a journalist about a historic child welfare investigation of which he was the subject.

The man was granted permission by Mr Justice Charles Meenan on Wednesday to have his name anonymised in intended breach of privacy proceedings against Tusla over the matter.

Mark Harty SC, for the man, said the circumstances of the case were his client was the subject of a historic child welfare investigation in 2012.

In 2019 he was contacted by a journalist about it and, while there were no steps in relation to it, it became apparent there had been a leak from Tusla of the child welfare report.

The Data Protection Commissioner found there had been a leak and called on Tusla “to make a proposal” to his client in relation to it but the agency failed to do so, counsel said.

As a result, he wanted to bring High Court proceedings and sought to have his name anonymised in accordance with a previous Supreme Court decision which found the court had discretion to order anonymisation.

Counsel said his client is seeking damages against Tusla over the matter.

Mr Justice Meenan said, having regard to the Supreme Court case he was satisfied the court had an inherent jurisdiction to make the order in this case.

Whether there should be any further steps, such as the proceedings being heard other than in public, will require a separate application to the court, he said.