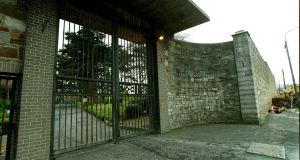 The court was told 78 patients were currently the subject of the long-term detention orders at issue while a further 15 patients in the Central Mental Hospital, above, would also be affected. Photograph: Dara Mac Dónaill

The Court of Appeal has found a key provision of the Mental Health Act 2001 governing the long-term detention of up to 100 people in psychiatric institutions, including 15 patients at the Central Mental Hospital, is unconstitutional.

Because of the “potentially chaotic and catastrophic consequences” of its finding, in that the legal basis for detention of many vulnerable people would “collapse”, the three-judge court suspended the declaration of unconstitutionality for six months to November 8th so that laws can be enacted to address the situation.

The finding of unconstitutionality demands an “immediate and imperative response” on the part of the Oireachtas and Government, Mr Justice Gerard Hogan, giving the three-judge court’s judgment, said.

The court recognised a finding of unconstitutionality “will have very serious implications for the operation of the 2001 Act and the mental health regime generally”.

If affected patients were suddenly released because of the finding of unconstitutionality, that “would be likely to have unfortunate consequences for their personal welfare and might well, in some circumstances at least, pose a possible risk to the lives and safety of others”.

The court was told 78 patients were currently the subject of the long-term detention orders at issue, while a further 15 patients at the Central Mental Hospital would also be affected.

The finding of unconstitutionality applies to Section 15.3 of the Mental Health Act 2001 which provides for the making of orders extending periods of detention by up to 12 months.

It was made in proceedings against the State brought by a severely intellectually disabled man, aged in his 30s, who, despite being deemed to have recovered from a mental illness, was allegedly detained for lengthy periods because funding for appropriate supported accommodation was not provided for him until last year, after he won High Court proceedings.

The Irish Human Rights and Equality Commission was joined as a legal assistant to the court in the case because of the significance of the issues concerning the right of people detained in psychiatric institutions to challenge the legality of that detention.

Mr Justice Hogan, with whom Mr Justice Michael Peart and Mr Justice Paul Gilligan agreed, said the section was unconstitutional because it meant there was no effective procedure or mechanism whereby an involuntary patient detained for the longer periods of time up to 12 months envisaged in the section could seek an independent review of their detention within a “reasonable time”.

The judgment was given on an appeal by the State against findings of the High Court in proceedings taken by the man, referred to as AB, who was detained in a psychiatric hospital in May 2015 on foot of an admission order after he suffered a serious psychotic episode.

In November 2015, a doctor expressed the view he had recovered enough to be discharged if he was to get the necessary residential support but a dispute over funding for that followed.

By May 2016, his mother was advised there were insufficient funds for such accommodation and she claimed that meant he remained detained indefinitely in a psychiatric ward.

His lawyers argued there was no provision under the Mental Health Acts to apply to have the Mental Health Tribunal conduct a further review of the legality of his detention in circumstances where he was no longer suffering from a mental disorder.

In May 2017, the High Court held a person detained under the Acts for a lengthy period was entitled to challenge the lawfulness of their continued detention at reasonable intervals before a court.

While it held the man could not bring a constitutional challenge, it held the lack of an effective means of challenging his involuntary detention breached his rights under Article 5.4 of the European Convention of Human Rights (ECHR).

Funding was later made available for supervised accommodation for the man in the community but he remained detained in a psychiatric hospital up to September 2017 until the necessary arrangements, costing €312,000 a year, were in place.

The State appealed the High Court ruling, the Court of Appeal held the man was entitled to bring a constitutional challenge and on Thursday said Section 15.3 was unconstitutional.