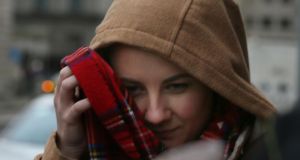 A sailing instructor who had a finger amputated in an accident as she helped tow a dinghy has settled her High Court action against her sailing club on undisclosed terms.

Accomplished musician Hannah Fitzsimons said she has had to give up plans to be a music teacher and can no longer play the piano and flute after the 2011 accident which happened when she was a 19-year-old sailing instructor with Sutton Dinghy Club.

Ms Fitzsimons told Mr Justice Kevin Cross she wears a prosthetic finger when going out as she is embarrassed by the injury to her wedding ring finger on her left hand.

It was claimed Ms Fitzsimons was required to carry out an unsafe activity and was caused or permitted use a dangerous or unsafe method for towing boats in difficulty.

She also alleged failure to warn staff of the possible incidence of large waves in specific tidal conditions as a consequence of the fast ferry departures from Dublin Port.

In her action, it was alleged Ms Fitzsimon’s duty as a sailing instructor included giving instruction and training sessions to groups of children in the tidal water adjacent to the Sutton Dinghy Club premises.

She claimed that, on August 11th 2011, a number of children aged between ten and eleven years were being taught how to control a dinghy and a course 100 metres long and 30 metres wide was marked by buoys for the training session.

In evidence, Ms Fitzsimons said she went out on a power boat to a dinghy where three children had veered off course and needed help. She operated the power boat controls with her right hand and pulled and held the rope of the dinghy and brought it 70 metres back on course.

There was wind or a wave, the rope was pulled away from her grip and her finger was amputated in the process, she said. It all “happened very fast”.   Cross-examined by Finbar Fox SC, for the club, Ms Fitzsimons agreed her instruction safety training advised that the towing rope be tied to the side or centre of the rescue craft.

She agreed she could have tied the rope to the side or centre of her craft.

It was “just such a short distance”, she said. “They were close to the rocks. I felt it was safer and quicker to do it the way I did. It would have been common practice for short distances to hold on to the rope.”

When the case resumed later on Wednesday, the judge was told it had been settled and could be struck out.

Sinn Féin’s Michelle O’Neill calls Van Morrison’s anti-lockdown songs ‘unhelpful’ 08:12
Coronavirus: Almost half of Irish people believe the worst ‘is ahead of us’ 07:17
Further restrictions to be considered in Dublin and elsewhere as Covid-19 cases rise 06:23
Budget 2021: Women’s council calls for increased payments for new parents 05:31
How to get ready for a graduate scheme 05:00