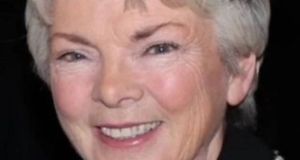 The family of a woman who died last week from cervical cancer has settled a High Court action.

It is understood the settlement was made without admission of liability. Mr Justice Kevin Cross was told on Thursday the action has been resolved.

Joan Lucey, a retired nurse and widow from Dingle, died last Friday just hours after the HSE and the laboratories agreed to begin mediation towards resolving the case.

Her lawyers had gone to court twice pleading for mediation to begin, but there were outstanding issues for the defence in relation to a third-party issue.

Mediation had continued after her death, but the court was previously told that had been unsuccessful and ended at 10pm last Tuesday.

In court on Thursday, Oonah McCrann SC, instructed by Aisling Maher of Cantillons solicitors, for the family, said the case had been resolved and will come back before the court on March 4th next when the settlement can be approved.

Mr Justice Kevin Cross congratulated all sides and the mediator on reaching a settlement.

Ms Lucey’s son Sean and her daughter Sinead had taken over the legal action as they are executors of her estate.

Mrs Lucey’s claims for general damages fell away when she died, but the action was reconstituted as a fatal claim, with her children replacing her as plaintiffs.

She sued in relation to the alleged misreading or misinterpretation or misreporting of her cervical smears taken in February 2011 and August 2011.

It was claimed that notwithstanding undergoing regular smear tests as advised, cytological cell changes in Mrs Lucey were allegedly allowed to develop and spread unidentified, unmonitored and untreated until she was diagnosed with cervical cancer in July 2019.

CPL had also joined as a third party in the proceedings a consultant obstetrician, Dr Mary McCaffrey of The Scotia Clinic, Tralee, Co Kerry.

CPL had alleged failure to assess or investigate Mrs Lucey when she attended the clinic on April 29th, 2011, and it was claimed it resulted in an alleged missed opportunity to diagnose pre-invasive disease.

Covid-19: Over 3,000 people travelled from ‘high-risk’ states in five weeks, data shows 01:00
Irish birds more endangered than ever before, report finds 01:00
Entropy and the relentless drift from order to chaos 01:00
Identifying all remains at mother and baby homes ‘may be impossible’ 01:00
Dublin school criticised over refusal to let three pupils with disabilities sit LCA 01:00