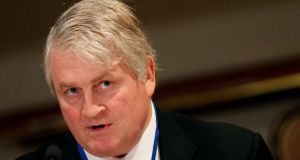 A dispute has arisen over whether the personal computers and devices, including mobile phones, of various executives and employees of the Dublin-based Red Flag Consulting firm must be submitted for “forensic imaging” by experts for businessman Denis O’Brien.

Mr Justice Colm MacEochaidh has been asked to resolve that dispute and will hear it at the High Court on Monday.

Michael Cush, for Mr O’Brien, told the judge on Thursday that substantial agreement has been reached about the extent of computer material Red Flag must provide for forensic imaging as part of preparations for Mr O’Brien’s action against the company alleging conspiracy and defamation.

The sides were working on a composite protocol in that regard which it was intended would be added to a court order, he said.

It had, however, also emerged from an email received at lunchtime on Thursday there is one significant issue of disagreement between Red Flag and Mr O’Brien’s side, said counsel.

That related to whether the personal computers and devices of the defendants, as well as their work devices, must be provided for forensic imaging, said counsel. The sides were unable to resolve that and wanted the court to do so.

Michael Collins, for Red Flag, said the sides differed in relation to their understanding of what was meant by the order providing for forensic imaging of devices.

Red Flag had earlier denied claims by Mr O’Brien it had not fully honoured the terms of the order providing for the forensic imaging process, being carried out by digital forensic experts for both sides as part of preparations for Mr O’Brien’s action. He claims the firm is linked to an alleged conspiracy to damage him personally and commercially, including in relation to the planned IPO of his Digicel company, which did not proceed.

He claims the defendants contributed to and compiled a dossier of material mainly unfavourable to him and he wants to establish for whom that dossier was compiled.

The dossier, contained on a USB computer memory stick, was sent to him anonymously earlier this month, he claims. He said he received the dossier after he had asked a private investigator to investigate the alleged conspiracy which he believes has been under way for some time.

Mr O’Brien wants orders permitting him inspect documents on the firm’s computers and devices and, prior to the court deciding if he is entitled to those inspection orders, the material at issue is to be photographed and stored.

That imaging process is being done under an order, granted earlier this month, providing for preservation of the material pending determination whether there is a right to inspect it. The inspection application will be heard on December 8th.

Mr O’Brien’s side had initially sought a search and seizure order, which would have allowed their experts, without notice to the firm and accompanied by gardaí if necessary, enter the firm’s premises and remove computers and devices.

That order was refused by the president of the High Court as “quite draconian” and instead the preservation order was granted.

Red Flag denies defamation, conspiracy or any wrongdoing. Its lawyers told the court the dossier does contain material gathered by the firm and it is very concerned how that came into Mr O’Brien’s possession.