Dispute between partners in Dublin after-school before High Court 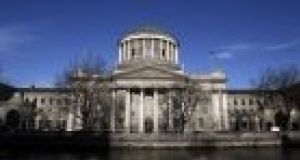 Linda McCauley and Veronica Fernandez were co-partners in the “Laugh and Learn” after-school service set up last year in the Grange Woodbine Community Centre in Raheny, Dublin.

The High Court has ordered a partner in an after-school childcare service to provide access to codes and documents concerning the business to the other partner who claims she has been “frozen out”.

Ms Justice Leonie Reynolds said Linda McCauley, co-partner in the “Laugh and Learn” after-school service set up last year in the Grange Woodbine Community Centre in Raheny, Dublin, had no entitlement to exclude Veronica Fernandez from access to Facebook and books and document used in the operation of the business.

She made the remark when she transferred to the Circuit Court Ms Fernandez’s application for orders preventing Ms McCauley attempting to exclude her from the co-control of the partnership providing after-school services in Raheny, and at a second location in St Monica’s National School, Edenmore.

The judge said, given the costs involved, the case should be dealt with in the Circuit Court.

The judge was told Ms McCauley’s new lawyers needed time to respond to Ms Fernardez’s claims and sought two weeks for that. The judge said, given the urgency of the matter, she was transferring it to the Circuit Court list next week.

In a sworn statement, Ms Fernandez, who came from Spain to live here in 2015 and worked in childcare, says she approached Ms McCauley to set up a partnership for their own after-school service in May 2019.

They started in September last year with 23 children in Raheny and both partners were registered with the Child and Family Agency, Tusla, as required for childcare operations.

Ms Fernandez says the partnership operated successfully until the pandemic intervened. By July last, she says Ms McCauley started “agitating for a bigger share in the partnership” and claimed Ms Fernandez was not doing 50 per cent of the work.

In August, Ms McCauley accused her of deleting Facebook messages, which she denies. Ms McCauley then without warning changed passwords to the partnership’s Facebook, “Indeed” recruitment page, and email account for contacting parents, she says.

Funds were removed from the partnership account which Ms McCauley described as loans for business items she purchased but which Ms Fernandez knew nothing about.

The principal of St Monica’s school had approached them last year to set up a similar service in that school and Ms McCauley did so this September without consultation under the same “Laugh and Learn” name and represented it as having the same joint Tusla registration, Ms Fernandez says.

By August 19th last, Ms McCauley purported to unilaterally dissolve the partnership and later sent an email to parents saying the partnership would come to an end due to “personal and work related issues”, it is claimed.

Efforts between Ms Fernandez’s solicitor and Ms McCauley’s first solicitor to have the matter mediated were unsuccessful.

Ms Fernandez is concerned, as the service is still being provided at two locations, to her exclusion but under their joint Tusla registration, this is rendering Ms Fernandez complicit in a breach of the requirements of the Childcare Act.

As the partnership has not been formally dissolved, she is also liable for Revenue and other matters but without having any say in them.