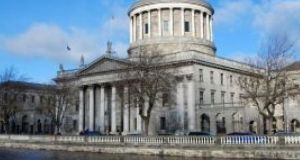 He claims he was left in the terminal without money, a telephone or his luggage and cannot leave the airport because he cannot buy visa required to enter Ethiopia

A man deported from the State claims he has been forced to live in an African airport terminal since March after allegedly being abandoned by gardaí who were supposed to return him to his native country, the High Court has heard.

The failed asylum seeker, who cannot be named for legal reasons, says he has been living there for the last six months where he has survived on charity from other passengers and what he can find in bins.

When the man’s case came before Mr Justice Charles Meenan this week, John Gallagher BL, for the Minister, said his side disputes the man’s version of events and the Minister’s response to the man’s claims was “very robust”.

Michael Lynn SC, with Sean Rafter BL, instructed by solicitor David Harrington, for the man, said he was initially flown from Ireland to Belgium in the company of gardaí overseeing his deportation to his home.

He claims, while awaiting that flight, the gardaí provided him with a boarding pass in the airport departure lounge.

He claims the gardaí who retained his passport, then went to get a hotel outside of the airport to rest and had told him they would be back.

He claims he never saw the gardaí again, he was unable to board the flight to his home country because he had no passport and cannot get home.

He claims, two hours after the flight departed, he was provided with his passport by airport staff.

He claims he was left in the terminal without money, a telephone or his luggage and cannot leave the airport because he cannot purchase a visa required to enter Ethiopia.

He claims he has been sleeping rough in the airport, is existing on leftover food and whatever he can find when rummaging through bins and relying on the charity of passing strangers.

After a week, his passport was stolen, he claims. He made contact some weeks ago with an Irish-based NGO and his lawyers using fixed computers located in the airport.

His solicitor Phelim O’Neill wrote to the Minister calling for the man to be rescued from the “inhuman and degrading” treatment he has been exposed to due to the alleged actions of gardaí.

The High Court was told the man has not been able to progress the case, as his correspondence has not been replied to.

Mr O’Neill claims this is because the Minister requires the man to provide a letter signed by him giving Mr O’Neill the authority to act on his behalf.

In a sworn statement, Mr O’Neill says this is unlawful and breaches the man’s fundamental rights.

He cannot furnish a signed letter because he is on the airside of immigration control at the airport and has no access to postage facilities, the solicitor said.

As a result, the man has brought judicial review proceedings for an order quashing the Minister’s decision requiring the solicitor to furnish a signed authority from the man and directing the Minister to reply to correspondence from the man’s solicitors.

When the case was briefly mentioned before Mr Justice Meenan on Monday, Mr Lynn asked that it be adjourned to allow the man’s legal team consider the Minister’s response to the action. The matter will return before the court later this month.