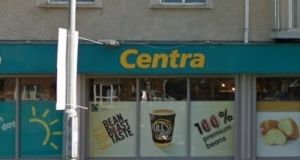 A woman’s defamation action over her claim she had been accused of shoplifting a can of Red Bull has been dismissed by the High Court.

Her relative, Winnie Reilly, of the same address, also sued for defamation in relation to the same alleged incident in the store on October 6th, 2017 but that case was later withdrawn.

The court heard the two went into the shop drinking cans of Red Bull which they had bought elsewhere and a security man “saluted” as they walked in.

When Ms O’Donnell got to the checkout with items she wanted to buy, she claimed a female assistant manager went over the the security man and had a brief conversation with him.

When the assistant returned, Ms O’Donnell said she asked her “did you just accuse me of stealing this Red Bull?”

Musgraves denied defamation and said the assistant made a “discreet inquiry” before Ms O’Donnell herself used words claiming she had been accused of stealing.

The two women’s cases were initially brought in the Circuit Court last May when they were both dismissed.

They appealed to the High Court, which was opposed by Musgraves.

Ms O’Donnell (54) told the High Court she had been a customer of the Centra store for 15 years and had also worked in the retail trade.

After the interchange with the assistant, she said she spoke to the shop manager who suggested to Ms O’Donnell she might have “took it the wrong way.”

Ms O’Donnell claimed she met by agreement with the manager at the rear of the store the next day when, she said, she and Ms O’Reilly were offered €500 each because they were “loyal customers.”

She was also asked to sign a form “so we can’t come back” but said she would get back to the manager about it. “I walked round the corner and went to a solicitor,” she said.

Cross examined by Remy Farrell SC, Ms O’Donnell agreed with counsel this was the first time she had ever made the claim about a €500 offer.

“This extraordinary account about the €500 is utter nonsense,” counsel said. Ms O’Donnell replied that the meeting at the back of the shop could be checked on CCTV.

Counsel said she should know from having worked in retail that CCTV footage is not kept for two years unless there is a reason for it. “You are now covering your back and it (CCTV) is gone but you are going to have to take my word for what happened,” Ms O’Donnell said.

She agreed she did not read the civil bill (court papers) outlining her case before signing it.

Asked did she remember swearing an affidavit verifying her claims, she said: “I remember telling my solicitor the truth.”

Pressed by counsel and the judge as to whether the words “shoplift, steal or rob” came out of the assistant’s mouth, she agreed it came out of her own mouth.

She disagreed she also said to the assistant “I know my rights, I am a Traveller”.

Ms O’Donnell asked counsel to retract that because she had never “played the Traveller card” in her life.

“I don’t believe in a Traveller card, why would be any more special than anyone else.

“I am born Irish and it does not say I am a Traveller.”

She also disagreed telling the assistant she was “going to be sorry.”

Dismissing the case, Mr Justice Tony O’Connor said there was no evidence she was accused of shoplifting or stealing. There was also no evidence of publication to others which is a requirement of defamation.

Following a brief adjournment, Ms Reilly’s case, which the court heard was identical to Ms O’Donnell’s, was withdrawn. The judge awarded costs against both women.