Data commissioner, Google win appeal over ‘right to be forgotten’ 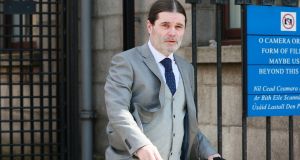 The Data Protection Commissioner and Google have won a High Court order overturning a finding in favour of a man in the first “right to be forgotten” case in Ireland concerning internet postings.

Mr Justice Michael White said the Circuit Court had not identified any serious error of law or fact in how the commissioner decided to reject Mark Savage’s complaint concerning Google’s refusal to re-index postings about him on the Reddit news website.

The commissioner’s decision on the complaint, which had been overturned by the Circuit Court, is therefore reinstated, he ruled. Mr Savage, Lios Cian, Swords, a former Independent candidate in the 2014 local elections in north Co Dublin, won orders from the Circuit Court in October 2016 that he was entitled to have Google remove information posted about him on Reddit.

Google argued the Circuit Court findings meant search engines would have to review billions of searches daily to decide if quotation marks must, as the court required, be placed around posts considered to be “opinion” rather than fact.

Mr Savage objected to a thread on Reddit describing him as “Mark Savage – North County Dublins (sic) homophobic candidate”. That arose from election leaflets handed out during his campaign referring to “gay perverts cavorting en flagrante on the beach in broad daylight”. The leaflet contended the “hedonistic” activity of “cruisin (sic) ” on Donabate beach denigrates the institution of marriage.

In postings responding to what was said on Reddit, Mr Savage argued being “disgusted” by gays is very different to hating them and objected to the term “homophobic”. After Google refused to re-index the thread, he complained to the commissioner who found Google’s refusal to remove the URL did not contravene the Data Protection Acts.

In granting his appeal against the commissioner’s finding, Circuit Court Judge Elma Sheehan said she considered it likely internet users would consult online discussion forums such as Reddit as a source of verified facts and ruled Mr Savage’s fundamental rights and legitimate interests were prejudiced.

The case involved interpretation of the Data Protection Acts and of several legal decisions, including the 2014 Google Spain case which established the “right to be forgotten” – where a person can seek to have personal data held by a third party web page delisted from a data controller’s search engine.

In his judgment in the High Court on Friday, Mr Justice White said the Circuit Court, when applying the jurisprudence of Google Spain, had a duty to consider the underlying article subject of the search. The Circuit Court had indicated, if the entire Reddit.co discussion was considered, it would become clear the original post by Soupy Norman was an “expression of opinion” but it erred in law in considering the URL heading in the search engine in isolation.

The Circuit Court had acknowledged the actual procedure followed by the commissioner was appropriate and involved assessing the appropriate criteria and the Google Spain decision. The court disagreed with the commissioner’s finding because it took the view, if one just considered the URL title and applied the commissioner’s reasoning, the title was not accurate because it was not clear it was the original poster expressing his opinion but rather appeared as a verified fact.

Mr Justice White said the Circuit Court had not applied the required legal test and had not identified any serious error of fact or law in how the commissioner approached her decision-making and did not give that decision “appropriate curial deference”. Google does not carry out editing functions in respect of its activities and to mandate it to place quotation marks around a URL heading would oblige it to engage in an editing process not envisaged by the Google Spain decision, he also said.