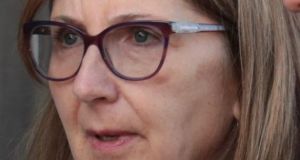 A Canadian tourist who fell down the stairs of a double decker tourist bus in Dublin has settled her High Court action on undisclosed terms.

Retired real estate administrator Susan Riches (63) claimed she now suffers post concussion syndrome and regular migraines after being propelled down the stairs, hitting her head, suffering lacerations to her face, and breaking a finger.

The claims were denied and contributory negligence was pleaded.

On the second day of the case on Thursday, Mr Justice Bernard Barton was told it had been settled and could be struck out.

The judge noted the settlement and wished Ms Riches and her husband a safe trip back to Canada.

At the opening of the action, the judge was told Ms Riches’ case was that she was thrown headlong down the stairs.

She was later diagnosed with post traumatic stress disorder and claimed she now has a significant fear of stairs and escalators.

In opposing her claim, the bus operators and owners claimed the bus had not stopped at St Patrick’s Cathedral as claimed but was stopped in traffic and had not reached the tour stop. They said it was an unfortunate accident and claim it was Ms Riches’ fault.

Ms Riches and her husband Patrick were in Dublin for the first time on the last leg of a trans-Atlantic cruise.

In evidence, Ms Riches told the court they docked in Dublin and got a Hop On, Hop Off tourist bus on April 30th 2018.

“At St Patrick’s Cathedral I headed for the stairs. I took a step and the bus turned and jerked and I flew through the air,” she said. “I felt the bus turned. It propelled me forward. I hit my face. I ended up on the floor of the bus. I felt in shock and I was bleeding.”

In cross-examination for the defendants, Finbarr Fox SC put to Ms Riches the driver had communicated to passengers to remain in their seats until the bus stops. She replied: “I don’t remember that. I was really taken with Dublin and the sights.”