Boy cannot be discharged from psychiatric unit due to agencies’ dispute 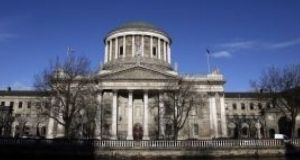 The HSE says supports for the teenager should be provided by the CFA, but the CFA has argued over some time it is not appropriate for it to get involved in light of the mental health issue

A High Court judge has warned the HSE and Tusla, the Child and Family Agency (CFA), of a “pressing need” to resolve their dispute over providing supports essential for a vulnerable youth to be moved to an appropriate placement.

A psychiatrist treating the 17-year-old boy said, while he has been fit for discharge from a psychiatric hospital since December, he had not been discharged to an identified appropriate facility because of absence of agreement on who would provide the supports.

If the boy is discharged without the supports in place, he would be “effectively homeless” with a real risk of a relapse of his psychiatric illness, he said.

“The difficulty is that the CFA is refusing to get involved and do what they are supposed to do. He is being let down by everyone around him.”

The CFA had maintained this was a mental health issue but, the psychiatrist said, “I was very clear with them he was improving since October and had totally recovered by December”.

He said he also accepted why the boy’s aunt, his only relative here, would not take him to her home due to concerns for her family as a result of previous threatening behaviour by him. This means there is “a homeless child” who is effectively discharged, but has not been actually discharged because of the lack of agreement on who will provide supports, he said.

The HSE says the supports should be provided by the CFA, but the CFA has argued over some time it is not appropriate for it to get involved in light of the mental health issue.

David Leahy BL, for the HSE, said it had made an “extraordinary financial commitment” to fund a €146,000 care programme for the boy over three years and it would be “most unfortunate” if an essential piece of that, the support services, was not provided. The HSE says it cannot provide the necessary supports itself and the CFA is the appropriate agency to do so.

Counsel for the CFA asked on Monday for an adjournment to allow it further consider the position.

The boy is a ward of court and, because he is due to turn 18 soon, an application for him to be taken into adult wardship will be decided shortly. Having heard on Monday from the psychiatrist and lawyers for the HSE, the CFA and the boy’s court-appointed guardian, the president of the High Court, Mr Justice Peter Kelly said he was very conscious of the need for progress.

He would not permit a situation to continue where the youth is well enough for discharge and a €146,000 annual care plan had been prepared for him to continue until he is aged 21, the judge said.

There was “one piece missing”, support services, which it was argued must be provided by the CFA, he said. He would adjourn the matter for a week but would “strongly urge” the agencies come to an arrangement for providing those services as he was not prepared to let the situation be sent “on to the rocks”.