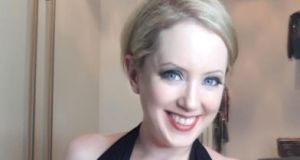 A woman has appeared in court charged with the murder of Garreth Kelly, the 39-year-old Dubliner stabbed to death while trying to start his car outside houses in the west of the city on Tuesday morning.

Solicitor for Ms Anderson, Michael Kelleher, asked that medical attention be made available to his client in custody. He added there had already been contact in that regard with the relevant authorities.

Judge Colin Daly requested a psychiatric report be drawn up and remanded Ms Anderson in custody until March 4th.

He also requested that that medical and psychiatric assessments be carried out on Ms Anderson, a married mother of three. Some of her adult family members were in court for the brief hearing.

The court heard when the murder charge was put to Ms Anderson, and she was supplied to with a copy of the charge sheet by gardaí at 2.20pm, she made no reply to the gardaí present.

She appeared in the witness box dressed in a navy blue T-shirt, black leggings and blue trainers.

The accused had her head down during the brief hearing and appeared to be talking to herself.

Mr Kelly, a father of three who was from Tallaght and was living in Clondalkin, was attacked at Brownsbarn Wood estate, in Kingswood near Citywest, Dublin 24, just before 7am.

His body was found lying between his car and another vehicle on the street when the emergency services arrived.

He did not live in the Brownsbarn Wood estate but had parked his car there and was trying to start it on Tuesday morning, using jump leads, when he was stabbed and died at the scene.