Kerry farmer sent forward for trial over death of neighbour 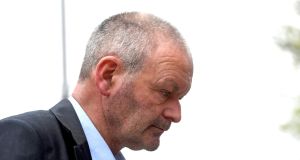 A 62-year-old Kerry farmer has been sent forward to the Central Criminal Court on a charge of murdering a neighbouring landowner last April.

Tralee District Court was told on Wednesday the book of evidence was now ready.

Judge James O’Connor remanded Mr Ferris in custody and sent him forward to the Central Criminal Court for trial.

The High Court had consented to bail, but Mr Ferris had not taken up the bail and the order should reflect that it was a remand in custody with consent to bail, his solicitor said.