GSOC case against couple struck out in Sligo court 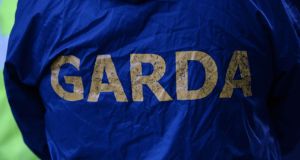 Maeve and Fintan O’Brien were involved in the incident with off-duty garda Mark Kenny and one of his colleagues, Garda Ciarán McCormack. Photograph: Frank Miller/The Irish Times

Charges against a couple accused of giving false and misleading information to the Garda Síochána Ombudsman Commission (GSOC) were struck out yesterday by a judge who criticised Garda witnesses in the case.

Following four hours of evidence at Sligo District Court, prosecuting counsel Joe Barnes SC applied for a nolle prosequi. Judge Kevin Kilraine said he was glad the GSOC was adopting this attitude because to say he was unimpressed with the evidence so far would be an understatement.

The judge said he was now saved from saying what he would have said about Garda witnesses “whose purpose was to mislead and not to assist”.

After hearing that initially 22 witnesses had been involved, the judge granted costs of €7,000 plus VAT to the accused Maeve and Fintan O’Brien from Carne Castletown-Geoghegan, Mullingar, Co Westmeath. They had been charged with giving false and misleading information to a GSOC designated officer in May 2013.

The charge arose out of a traffic incident at Loughanvally, Mullingar in June 2011 when a car driven by Ms O’Brien was involved in a collision with a car driven by off-duty garda Mark Kenny, who was accompanied by a colleague, Garda Ciarán McCormack.

Keith O’Grady, counsel for the couple, told the court the case was essentially “a swearing match – two versus two” .

The court heard that both cars were written off in the collision.

Prosecuting counsel applied for a nolle prosequi after the judge indicated he would not hear evidence from expert witness Colm Finn for GSOC, who had visited the scene over two years after the crash. Mr Finn had told the judge that paint sprayed at the scene by investigating gardaí was faint when he saw it.

During the hearing, the GSOC investigator Rody Butler confirmed he had not received contemporaneous Garda notes or a scene sketch map from officers who had investigated the crash. Pressing Mr Butler on whether he had followed up this matter or asked whether documents were missing, Judge Kilrane said it struck him that this was leaving the matter “twisting in the wind”.

The court heard that Maeve and Fintan O’Brien had been celebrating their wedding anniversary on the night of the crash when they had a row and Mr O’Brien had “stormed off”.

Her legs were trapped for some time in the car and she was later taken by ambulance to Mullingar Hospital.

Mr O’Brien said the garda’s car had was travelling on the wrong side of the road when it drove into theirs. The judge was told that Garda Kenny was breathalysed at the scene and there was a zero reading.

Mr O’Grady put it to Garda McCormack that there was not “a word of truth” in part of a statement he made for a District Court prosecution against Ms O’Brien, who was acquitted of failing to give a breath test.

The court heard Garda evidence that Ms O’Brien had “fled” from Mullingar hospital on the night to avoid giving a sample to gardaí.

After the hearing a spokeswoman for the GSOC said: “The Garda Ombudsman’s job is to investigate and, where appropriate, forward files to the DPP for her consideration. That is what we did in this case.”