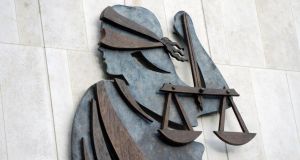 A judge told a driver and garage worker with 31 previous convictions for driving without insurance that he should contact the editor of the Guinness Book of Records to have the record included.

The judge replied that the 321 figure was easily the highest number of previous convictions he had encountered.

The judge jailed McNamara, a car enthusiast, for 10 months after he pleaded guilty to driving without insurance and driving while disqualified at Ogonnelloe, Co Clare on April 2nd last. He also banned him from driving for eight years.

In reply, the judge said: “It may well be that when I have made my order, Mr McNamara should make time to write to the editor of the Guinness Book of Records and it may very well be that the record for previous convictions for no insurance could be recorded for him.”

The judge said that the 31 previous convictions for no insurance “is probably a national record. I have never heard of anything near it.”

He said Ms Hassett could, on behalf of her client, check records from every Garda Superintendent in every district court area to confirm the record.