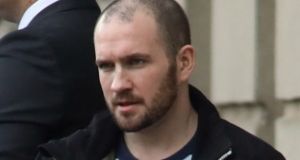 The sentencing of a man who carried out sex attacks on two women he met on the Tinder dating app has been adjourned until May.

Patrick Nevin (36) pleaded guilty to the rape of a woman in a parked car at a location in Co Meath in July 2014 at the Central Criminal Court in June.

Nevin and the woman had met on the dating app Tinder and the attack took place on their first date.

His plea of guilty followed a legal ruling which would allow the prosecution to introduce evidence from two other women of Nevin attacking them on a first date.

The former UCD student was convicted by a jury at Dublin Circuit Criminal Court last December of sexually assaulting one of these women, a Brazilian student, after driving her to the UCD campus in south Dublin on July 23rd, 2014. He had denied the offence.

The three attacks over an 11 day period all followed similar modus operandi, a fact that allowed Ms Justice Eileen Creedon to rule that the jury would have been allowed to hear evidence of all the complainants.

All attacks took place when Nevin had met up with the women after talking to them first online. In each case Nevin picked up the women in his car on a first date and drove them to a secluded spot.

The father of two has former addresses at Dún Laoghaire and Dundalk, Co Louth.