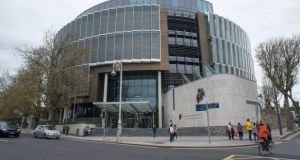 A burglar who was caught after he fell asleep half way through a home break-in has received a prison sentence.

Garda Peter Daly told Judge Martin Nolan that the defendant went into the house to steal items but “the tablets kicked in and he passed out”.

Daly was woken by gardaí who had come to house after the resident found Daly asleep. He appeared groggy and gardaí took him away in a patrol car.

When gardaí arrived at the station they found Daly had left a number of items which had been stolen from the house in the footwell of the car. These included two jewellery boxes and a mobile phone.

Daly told them that the previous night he had been arrested for a public order offence and when he was released he had nowhere else to go.

He said he broke into the basement flat and when he entered the bedroom he fell asleep. He said he woke up the next morning when he felt something hitting him in the neck.

Daly of Peter Mc Verry Trust, Charlemont Street, Dublin admitted burglary on June 26th, 2018. He also admitted breaking into a car and stealing from a second car on the same night.

He has over 50 previous convictions for burglary.

Luigi Rea BL, defending, said his client is a father of four, who worked as a security officer for nine years and who lived a blameless life until he began smoking heroin.

Judge Martin Nolan accepted that Daly’s drug addiction was the root of his offending but said that burglary is always serious.

He said as burglaries go this offence was at the lower end and there was no element of violence.

He imposed a prison term of two and a half years.

1 Pubs to stay closed and restrictions to remain on all gatherings, Cabinet decides
2 ‘This was like a nuclear bomb’: More than 2,700 injured in Beirut explosion
3 Novavax says Covid-19 vaccine induces immune response in small study
4 Hume brought to Derry as candles in windows light his way
5 Trump flounders in interview over Covid-19 cases and deaths
Real news has value SUBSCRIBE