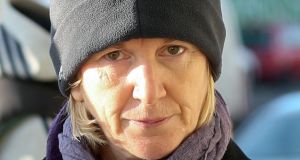 A doctor charged with the manslaughter of her profoundly disabled daughter cared for the child in an exemplary manner but was finding it difficult to keep going, a consultant nurse told her trial on Friday.

Bernadette Scully (58) is charged with unlawfully killing her daughter Emily Barut (11) at their home at Emvale, Bachelor’s Walk, Tullamore on September 15th, 2012.

She has pleaded not guilty at the Central Criminal Court to of killing Emily by an act of gross negligence involving the administration of an excessive quantity of the sedative chloral hydrate on Saturday .

Noreen Roche, a nurse with 40 years experience who works as a consultant in High Court medical cases, told defence counsel Ken Fogarty SC she was asked to assess the level and cost of ongoing care for Emily in 2009, when the girl was eight.

The report detailed Emily’s day-to-day life including her exercise regime, medication and difficulties with feeding, sleeping and going to the toilet.

Ms Roche said Emily was dependent on Ms Scully for all aspects of her life and was “severely and profoundly disabled”. She said the level of care she received was “100 per cent plus”.

“She was fully cared for in an exemplary manner,” she said.

Ms Roche said the girl’s ongoing survival was down to the high level of care provided and added that other children with similar illnesses tended to suffer ongoing chest infections and bouts of pneumonia.

These had not been a problem for Emily and she put this down to the daily exercise regime and feeding system implemented by Ms Scully.

In the report, Ms Roche wrote that Ms Scully was 51 years old and, besides caring for Emily, was working from 2.30pm to 7.30pm at her doctor’s practice.

She had no help with administration or paper work, was suffering from back problems but did not have time to see a physiotherapist, go walking, swimming or do yoga.

“She is 51 and finds it difficult to keep going at this pace,” the report said.

Ms Roche also noted that due to cutbacks, help from the Centre for Independent Living had been withdrawn. Her report stated that Ms Scully’s home was not suitable for Emily’s needs and a specially designed home would be needed.

The trial has heard that on the night Emily died, she suffered a fit that her mother said was not normal for her.

Ms Roche said she had noted in previous cases with girls suffering from profound disabilities that as they approach puberty their fits become more severe.

She said the unusual fit would tie in with the State Pathologist Prof Marie Cassidy’s note that Emily showed early signs of entering puberty.

“It is a big consideration to be taken into account,” she said.

The defence has now finished giving evidence and closing statements will begin in front of Justice Patrick McCarthy and a jury of seven women and five men on Tuesday.