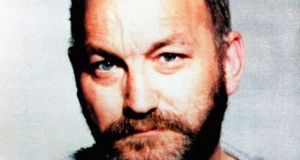 Child serial killer Robert Black who was a heavy smoker with high cholesterol when he died, a lawyer has told his inquest in Armagh. Photograph: PA Wire

Child serial killer Robert Black was a heavy smoker with high cholesterol when he died, a lawyer has told his inquest in Armagh.

His inquest is being held in the same courtroom in Armagh city where he was convicted of the murder of Northern Irish schoolgirl Jennifer Cardy in 2011.

Nobody from his family was present at his inquest and the Coroners Service was unable to trace anybody, coroner Paddy McGurgan said.

Stephen Ritchie, a barrister for the Coroners Service, said medics believed Black died from a heart attack after having a stroke 20 years earlier. “He was in his late sixties, a heavy smoker, with diabetes and high cholesterol.”

Black, from Falkirk in Scotland, was serving a number of life imprisonment sentences. In May 1994, he was convicted of kidnapping, raping and murdering three girls.

Susan Maxwell was aged 11 when abducted in 1982 near the border between Scotland and England. Her body was gagged and bound and she was found 400km away, in England.

His next victim was a girl aged five, Caroline Hogg, who was abducted from Portobello in Edinburgh in 1983 and her body was found nearly 500km away.

Sarah Harper, aged 10, was abducted in 1986 and found dead in the River Trent near Nottingham.

In 1981 Black abducted and sexually assaulted Jennifer Cardy (9) from Co Antrim. He was convicted in 2011.