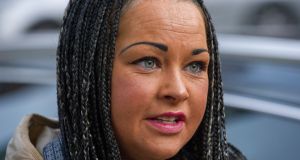 A two-year-old found unconscious in an apartment in Cork during the summer died from severe brain injuries as well as damage to her spinal cord, an inquest has heard.

Santina Cawley died at Cork University Hospital after being rushed there by the emergency services who found her unconscious in an apartment at Elderwood Park, Boreenamanna Road, Cork on July 5th last.

Assistant State Pathologist, Dr Margaret Bolster told Cork City Coroner’s Court on Thursday how she found the child had suffered multiple injuries when she conducted an autopsy on her body at the morgue at Cork University Hospital.

The child died from traumatic brain injury and upper cervical spinal cord injury and poly trauma due to blunt force trauma with fracture of her long bones or limbs, Dr Bolster told the inquest.

Insp Conor Dillon told Cork City Coroner, Philip Comyn that an extensive file had been sent on the matter by gardaí to the Director of Public Prosecutions and that a person was currently before the courts.

He said that, accordingly, he was applying under Section 25 (1) of the Coroner’s Act to have the matter adjourned indefinitely to allow the criminal matter to take its course in the courts and Mr Comyn adjourned it generally or “sine die”.

Both of Santina’s parents, Bridget O’Donoghue and Michael Cawley were present but sat apart for the short hearing which took place at Washington Street Courthouse in Cork.