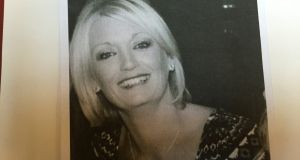 A 46-year-old mother of three died nine days after routine surgery on varicose veins in her legs, an inquest has heard.

She died due to a blood clot in the lung nine days after her surgery, according to Dr Jane Thorne, who carried out the autopsy.

Ms McCabe had presented at Beaumont Hospital on August 14th and died the following morning.

The vascular consultant surgeon who carried out the procedure, Prof Austin Leahy was at his holiday home at Ballydavid in Co Kerry at the time, the coroner was told.

Answering questions from David Holland SC for the family, Ms Thompson said she did not contact Prof Leahy as per hospital policy because she believed the patient was going to see her GP.

“She had pain in her knee that worsened on mobilisation and improved with rest. She rang to say she was still in pain and could she get another prescription,” Ms Thompson said. Ms McCabe told the nurse not to contact Prof Leahy as she did not want to disturb him, according to Ms Thompson.

Prof Leahy stressed that he was “available at all times” though signal was poor at his holiday home. “I’m quite communicable while in Ballydavid if you text me. It’s quite clear I want to be contacted by text, there was no text. I always get back to people when they text,” he said.

Clinical nurse manager Ingrid Mangan said there was no computer mechanism in place at the hospital to contact consultants via text message and said staff did not generally use personal phones at work.

“Prof Leahy in requiring texts was depending on a system that just didn’t exist,” Mr Holland said.

“She was in some distress, she was examined by the house doctor, she had pain in her knee on movement,” Ms Mangan said.

Dr Kingsley Oputteh, senior house officer at the hospital, felt an ultrasound to rule out what staff suspected was deep vein thrombosis (DVT) was required but Prof Leahy was not present to authorise the tests, the inquest heard. Dr Oputteh was not permitted to authorise the tests due to hospital policy, the court heard.

“The consultant that wasn’t present would normally give us advice,” Ms Mangan said.

Ms McCabe was advised to go to Beaumont and was provided with a referral letter, but she did not attend the emergency department at Beaumont until the following day, August 14th. She went into cardiac arrest and was pronounced dead the following morning.

The inquest was adjourned pending evidence from further witnesses.