Thief used own passport to hire mini-digger he later stole 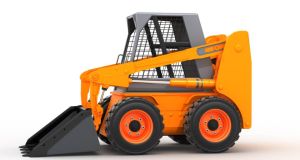 A father of two who used his own passport and bank statement to hire a mini-digger which he later stole has been remanded in custody pending sentence.

Thomas Nicholson (24) hired the mini-digger, worth just over €17,000 and arranged for it to be delivered to a field. The Garda was contacted when the machine was not returned.

Nicholson of Larchhill Apartments, Santry, Dublin pleaded guilty at Dublin Circuit Criminal Court to theft on March 6th, 2014. He has no previous convictions.

Garda Thomas Tighe told Kerida Naidoo BL, prosecuting, that gardaí were able to trace Nicholson using the documentation he had left with the hire company.

He later claimed in a Garda interview that he had taken the digger on behalf of someone else and he didn’t know where it was. The machine, which was initially bought for €32,000, has never been returned to the hire company.

Gda Tighe agreed with Vincent Heneghan BL, defending, that because his client had used his own documentation to hire the digger, it was “quite clear that he wasn’t going to get away” with stealing it.

He accepted that Nicholson had a drug debt which he had built up due to his cocaine addiction and he told gardaí ­ “it wouldn’t be good for his health” to assist the investigation.

Mr Heneghan said his client, a father of two children, has since been kept “on the straight and narrow” by his partner and no longer abuses drugs.

He is doing a course in security but is not currently working. Nicholson had €700 in court to offer as a token of his remorse.

Judge Martin Nolan said he needed time to consider the case and revoked Nicholson’s bail. He remanded him in custody until next week for sentence.