Schoolgirl awarded €20,000 after being locked in classroom 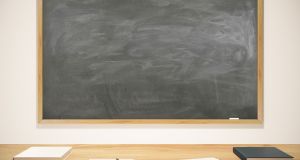 The court heard that the child tried to leave the room and realised the door had been locked. File photograph: Getty Images

An eight-year-old schoolgirl who suffered anxiety and stress after she was accidently locked in a classroom for 25 minutes has been awarded €20,000 damages in the Circuit Civil Court.

Ms Lynch said Kate and other pupils were leaving the classroom for their morning break when she was asked by her teacher to leave a book in the room.

Circuit Court President Mr Justice Raymond Groarke heard that after she had done so, Kate tried to leave the room and realised the door had been locked. Ms Lynch said the windows were also locked and the lights had been switched off.

Kate had remained in the room for 25 minutes. She had been extremely distressed and started panicking, crying and knocking on the door to be let out.

Ms Lynch said Kate had been very upset after the incident and had missed several days of school. She had later developed an adjustment disorder and had needed to attend play therapy sessions.

Through her mother Andrea Deegan, of Devoy Road, Inchicore, Dublin, Kate sued the trustees and board of management of Mourne Road National School for negligence.

Kate claimed the school had failed to take reasonable care and had not exercised adequate supervision. She also claimed it had no proper system for checking the classrooms.

Ms Lynch, who appeared with Raymond Quinn solicitors, said the defendant had made a €20,000 settlement offer and she was recommending its acceptance to the court. Judge Groarke approved it.