Father from Clondalkin accepted €178,000 in heroin and cannabis in ‘act of desperation’ 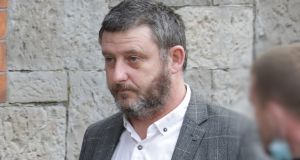 A father-of-two who agreed to hold more than €178,000 of heroin and cannabis because he needed money to pay for his father’s funeral has received a fully suspended sentence.

Dublin Circuit Criminal Court heard that Stephen Berrigan (44) agreed to hold the drugs in an “act of desperation” and had previously refused to hold drugs.

Berrigan of St Mark’s Crescent, Clondalkin, Dublin, pleaded guilty to possession of cannabis and heroin for sale or supply at his address on August 25th, 2019. He has no previous convictions.

Passing sentence on Tuesday, Judge Melanie Greally said Berrigan was “in the throes of intense grief” when he made the decision to involve himself in criminality and that this decision was made “purely to finance part of his father’s funeral”.

She said she took into account the “very favourable” evidence given by the prosecuting garda and his expectation that the accused was unlikely to reoffend.

Ms Greally sentenced Berrigan to five years’ imprisonment, but suspended the entirety of the sentence on strict conditions.

At a previous sentencing hearing, Garda Dominic Downing told John Byrne, prosecuting, that gardaí went to Berrigan’s home with a search warrant and Berrigan informed them they would find drugs in two vans parked in his driveway.

Garda Downing said plastic bags containing two bricks of heroin and three packs of herbal cannabis were found in two separate vans. No drugs or drug paraphernalia were found inside the accused’s home.

The combined total value of both the heroin and the cannabis seized was €178,463.

In interview with gardaí, Berrigan said he had agreed to store the drugs in exchange for payment, though he did not know how much money he would receive. He said he had been approached previously to hold drugs and had refused but agreed after finding himself in need of money.

Anne-Marie Lawlor SC, defending, said her client’s father had been diagnosed with cancer and died shortly thereafter in July 2019. Garda Downing agreed this was an “act of desperation” by her client after he received a bill of €7,000 for his father’s funeral.

The garda agreed that Berrigan was at “the very lowest end of the enterprise of possession of drugs” and that there was nobody lower than him. He agreed the accused did not display any trappings of wealth.

Garda Downing agreed the people involved in this offending represent “a real threat” to Berrigan and his two teenage children.

Ms Lawlor said her client did not know the value of the drugs. She said her client had been living with his father for 10 or 11 years following the breakdown of his marriage and is a part-time carer for his brother who has Down syndrome.