Wayne Fitzgerald (47) brought father who had dementia to bank to withdraw €9,250 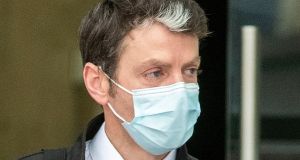 A man who used his father’s name to withdraw more than €9,000 from a dead man’s bank account has been given a 2½-year suspended sentence.

Wayne Fitzgerald (47) became aware of the existence of the account after the deceased man’s bank statement were mistakenly posted to his father, who has the same name as the account holder.

The account holder used to live in the same building 10 years previously and their names differed only by the initial of their middle name.

Sgt Brian Hunt told Judge Martin Nolan that Fitzgerald’s father was suffering from dementia when he brought him to the bank to withdraw the funds. Fitzgerald then lodged the money into his own account.

Fitzgerald of Bridge Street, Irishtown, Dublin, pleaded guilty at Dublin Circuit Criminal Court to eight charges of handling stolen property, a total of €9,250, at unknown locations in Dublin between June 2016 and November 2016. He has no previous convictions.

Sgt Hunt said the account holder’s son only became aware of the existence of the bank account, which held €15,000, after his own mother died. The bank has since refunded the total amount that Fitzgerald withdrew.

The judge accepted that Fitzgerald saw an opportunity and “to his shame” he took it.

He said given the circumstances a custodial sentence was not necessary and suspended a 2½-year term in full on condition that Fitzgerald hand over €9,250 to the appropriate bank within the next week and keep the peace and be of good behaviour for two years.