Abed Benchenna (25), who worked with Facebook, caught with €7,500 of cannabis 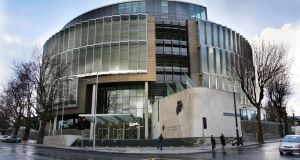 A Dublin man caught with €7,500 worth of cannabis failed to return from France for several months because he was injured and suffered complications from insect bites, a court has heard. File photograph: Matt Kavanagh.

A Dublin man caught with €7,500 worth of cannabis failed to return from France for several months because he was injured and suffered complications from insect bites, a court has heard.

A bench warrant was issued for Abed Benchenna (25) after it emerged he was not engaging with probation services and had spent several months in France, Dublin Circuit Criminal Court heard on Friday.

Jailing him for two years, Judge Elma Sheahan said she was not disposed to suspend any part of the sentence due to Benchenna’s failure to take advantage of the opportunities given to him by the court.

“He was given not one, but two chances,” Judge Sheahan said, adding that he had wasted the court’s time and that of the Probation Service.

Benchenna, a Facebook analyst with an address in Cherry Court, Loughlinstown, Dublin, pleaded guilty to one count of possessing cannabis for sale or supply at an address in Tallaght on September 13th, 2017.

The cannabis had a street value of some €7,500, the court heard. He has six previous convictions, including one for obstructing a drug search.

When the case first came to court last May, Judge Sheahan indicated she was willing to give Benchenna a chance given his early guilty plea, good employment record and his family background.

The court heard Benchenna was carrying out drug dealing to support his extended family’s income and that he helped to care for his ill mother.

When the case returned to court in July, Benchenna was late and a bench warrant was issued before later being cancelled. He provided evidence of recent urine samples that tested negative for drugs and the judge agreed to give him a further chance, the court heard.

It emerged in October that Benchenna had gone to France in August and had not engaged with the Probation Service or provided any more urine samples.

When he returned home in December he failed to get in touch with gardaí­ or the Probation Service to tell them he was back, the court heard.

A bench warrant was issued and he was arrested at the start of this month. He has been in custody since then.

Emer Ní Chúagáin BL, defending, said her client was “acutely aware he has put himself in a very difficult position”.

She handed up French medical documents which related to her client suffering a dislocated shoulder while over there. He also suffered “injuries caused by insect bites,” which prevented him from returning home, Ms Ní Chúagáin said.

“They shouldn’t have been a big issue but turned into a big issue,” she said.

Ms Ní Chúagáin said this was the first time Benchenna had ever been in custody and that it had had “sobering effect” on him.

Judge Sheahan noted that as soon as Benchenna came home from France, he should have notified the authorities. She said he had disregarded efforts by the court to help him. She accepted he was likely to lose his job as a result of his conviction and imprisonment.