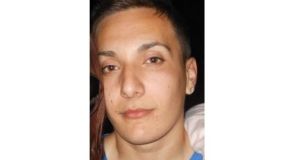 A former youth footballer with Tottenham Hotspur FC has been sentenced to two years, with the final year suspended, after admitting stealing €11,000 to pay off a drug debt to a “feared” Limerick crime family.

His victims were elderly and vulnerable, who ranged in ages from 65 to 91 years, the court heard Wednesday.

The court was told that during a 2011 game against Aston Villa, Igoe scored twice for a Spurs youth team, but, in the same match, he suffered a career-ending leg injury which led to him returning to his family in Ireland where he got a job as a salesman with PhoneWatch.

Igoe became the firm’s “top sales person”, however, he “developed a serious cocaine addiction and his life spiralled out of control”, said judge Tom O’Donnell.

Igoe lost his job due to circumstances not disclosed in court.

Without the knowledge of his former employer, Igoe called to the homes of ten PhoneWatch customers in Limerick, Tipperary and Cork, and convinced them to purchase what they thought would be upgrades to their legitimate security plans or additional home security products.

The customers gave Igoe their bank cards thinking they had made purchases on a handheld lodgement device, when in fact he used an app on his personal mobile phone to scan the customer’s bank card details, including the PIN number.

Igoe would keep the customer’s bank card, furnish them with false PhoneWatch receipts, and hand them back a bank card belonging to a previous victim.

By the time the customer noticed they had the wrong card, Igoe had used the card to withdraw cash from ATM machines.

Judge O’Donnell said Igoe would quickly move on to his next unsuspecting “innocent victim” and “repeat the deception”.

“It was cold, cunning, and calculated,” the judge said.

In one incident, Igoe called to he home of a 81-year old nun, and having stolen her bank card, he used it to withdraw €2,100 in cash. He also used the card to purchase jewellery worth €1,750.

Three of the ten victims wrote to the court about how they felt “betrayed” by Igoe.

After his arrest Igoe co-operated fully with gardaí and made full admissions.

In a handwritten letter to the court, Igoe wrote: “My dreams of being a professional footballer came to an end. At PhoneWatch, I became the number one sales person, I feel I have let everybody down.”

He said he “developed a cocaine addiction” and owed a drug debt to “a well feared family in Limerick, and myself and my family were threatened by them, if I did not clear the debt”.

Investigating officers accepted that the threats to Igoe were legitimate, and he was “under pressure” to quickly find money to pay the criminals.

Igoe apologised to his victims and the court, and he collected over €10,000 to reimburse the banks.

Factoring in all of the evidence, Judge O’Donnell jailed Igoe for two years, suspending the final 12 months, and backdated the sentence to March 6th this year, when Igoe was arrested and held on remand.