Perpetrator later alerted gardaí of responsibility and admission of drink-driving 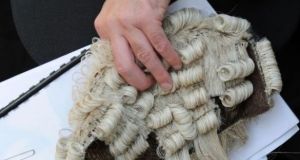 The judge asked defending counsel if his client had a ‘motivation to leave the scene because of his intake of alcohol’. File photograph: Getty

A father-of-one who alerted gardaí to the fact that he had been responsible for a hit-and-run crash the previous night later admitted he had been drink-driving.

Anthony Corcoran (39) spoke to gardaí the morning after he knocked down Peter Maunde, after Corocran’s father called his local gardaí in Co Cavan to tell them his son had been involved in a car accident the previous day.

Mr Maunde was pronounced dead at the scene by medics after his body had initially been mistaken for an animal by passing motorists.

Corcoran, of Lyons Street, Newcastle, Co Dublin, pleaded guilty at Dublin Circuit Criminal Court to failure to remain at the scene with intent to escape civil or criminal liability at the Naas Road, Dublin on January 31st, 2016.

He has no previous convictions.

A charge of dangerous driving causing the death of Mr Maunde was dropped by the State.

The court heard that many motorists later told gardaí that they had spotted a black male dressed all in black walking on the motorway that night. Others reported seeing what they presumed was an animal lying in the middle of the outside lane on the carriageway.

One driver lost control of his vehicle after driving over Mr Maunde’s body. He stopped his car and contacted the emergency service when he returned to the scene to discover it was actually a person.

He said “the body was in a very bad condition and he assumed the person had died”.

Judge Martin Nolan remanded Corcoran on continuing bail to Tuesday for sentence after he said he would consider the case overnight.

A victim-impact report from Mr Maunde’s family was handed into court but not read out.

Garda Brendan O’Brien told Dean Kelly, prosecuting, that Mr Maunde and his girlfriend had been out socialising with friends in Dublin city centre before they returned to the hotel in which they were staying, the Ibis Hotel, off the Red Cow Roundabout.

They had a small argument, which counsel said was possibly about Mr Maunde’s drinking, before the woman went to the bathroom.

When she returned, she couldn’t find Mr Maunde and went looking for him. She tried calling him but his phone was out of charge and she was unable to make contact with him.

Corcoran told gardaí in subsequent interview that his fiancee, his friend and his fiancee’s friend had been out socialising that night and drinking, outlining that he had two beers and four whiskeys.

He said he had “a domestic disagreement” with his fiancee after they all returned home together and she told both men to leave her home. He and his friend drove back to Kingscourt, in Cavan separately.

He said his friend, who was driving ahead of him, rang him en route to say that he had just seen a man crossing the barrier on the motorway.

Corcoran said it was after the phone call that he hit something and although he didn’t know what it was, he “definitely did not think it was a person”. He and his friend later stopped their cars in Navan and examined the damage to the front of his car.

Garda O’Brien agreed with Bernard Condon SC, defending, that one witness told gardaí a motorist would not expect to see a person walking on that part of the motorway.

He accepted that the weather conditions were terrible, it was very dark and Mr Maunde was wearing dark clothing.

Garda O Brien further accepted that Corcoran expressed remorse during his later interview. He agreed that he has not been in trouble with gardaí since the incident.

The judge asked Mr Condon if his client had a “motivation to leave the scene because of his intake of alcohol”.

Counsel accepted that this was “a factor in the case”, but submitted that his client didn’t minimise this in his statement to gardaí the day after the incident. “He did himself a lot of damage in that statement,” said Mr Condon.

Garda O’ Brien told Mr Kelly that several eye witnesses told gardaí that they had encountered a man, dressed all in black, crossing the motorway in the vicinity of the Red Cow Roundabout.

One man said he saw a male walking casually and while the man was seemingly paying attention to traffic travelling towards him, he was not looking at traffic behind him. This motorist said he saw the man climbing the barrier in the median and he was concerned for his safety.

A taxi driver was heading towards Clondalkin on the N7 when he saw what he presumed was an animal lying on the ground in the outside lane. Another motorist also mistook Mr Maunde for an animal.

Another motorist who became aware that it was a person on the road, pulled over his vehicle in front of Mr Maunde in attempt to protect the body and prevent any other person hitting him.

Mr Condon told the judge that his client’s voluntary statement to gardaí was “materially damaging to him” in terms of how open and honest he was.

“He made an appalling error of judgment but as soon as he can he alerts the gardaí,” said Mr Condon said before submitting that his client’s admissions were of “huge assistance” to the investigation.

Mr Condon handed in a large number of testimonials from Corcoran’s wife and family, and members of his local community, outlining his regret for his actions and suggesting that the crime was “out of character”.

“He panicked after he hit him. Everything that led up to this stage of his life never suggested that he could be a person that would do something like that,” said Mr Condon.