Commentary on 40% conviction rate ‘inaccurate’, according to courts service 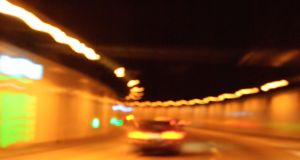 Drink-driving: The courts service said the number of summonses requested, printed and issued does not compare in any way to the numbers heard or decided upon. Photograph: Getty Images

The Irish Courts Service has refuted figures that the conviction rates for drink-driving cases are just 40 per cent over the past 2½ years.

It said it has established that the average drink-driving conviction rates for recent years is between 85 and 88 per cent. Its figures, however, include only cases successfully brought to completion.

Following the release of data last week by the Department of Justice to Independent TD Tommy Broughan on summonses and convictions for drink-driving, media debate centred on conviction rates of just 40 per cent over the past 2½ years.

The information showed that between January 2013 and May 2015 more than 20,000 people were due before the District Courts nationwide to face drink-driving charges, and that a total of 8,391 were convicted.

However, the conviction rates for drink-driving are more than twice as high, says the Irish Court Service. The 40 per cent conviction rate figures were supplied to Parc, a road safety campaign group, through a parliamentary question tabled by Mr Broughan.

The Road Safety Authority expressed its disappointment at the low conviction rate saying it was a concern.

A spokeswoman for Minister for Transport Paschal Donohoe at the time declined to comment, on the basis that convictions were a matter for the courts and the justice system.

It said it has established the average drink-driving conviction rates for recent years is between 85 and 88 per cent.

In a footnote to its statement refuting the figures, the Courts Service acknowledges that it did not include “summonses that had been processed but did not proceed to prosecution, or were struck out, or withdrawn – as the courts did not get to hear any evidence, or decide upon the case”. The Irish Times report stated that the figures it used included adjourned cases.

The courts service said the number of summonses requested, printed and issued does not compare in any way to the numbers heard or decided upon.

In the first seven months of 2015, some 2,334 cases were heard in full and decided upon by District Courts, resulting in a conviction rate of 87 per cent.