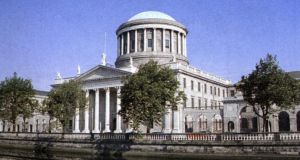 Four Courts: Effective public scrutiny of courts requires both a happenstance audience and the hope that such public scrutinisers have some knowledge of fair proceedings

Open justice requires that those on trial have the benefit not just of public scrutinisers at their own trials, but also that such scrutinisers can tap into the collective wisdom of what passes for fairness in similar cases, which is assisted significantly by accessible published outcomes of similar cases. Further, as public attendance is voluntary, knowledge that all cases are generally open is essential to ensure a regular attendance. If people know that they may be refused entry to a court, this makes them less likely to try to attend.

Open court serves democracy as much as it serves justice. It allows voters to review the outcomes of current laws and to advocate to their representatives when they believe certain laws need to be reformed. This is an essential feature of a flourishing democracy. Thus, publication of court cases in an accessible form is equally if not more important than public pronouncement of decisions; only the latter is required by the European Convention of Human Rights.

Open court protects those on trial not just from unfair application of the law, but crucially, in the long term, from unfair laws – a vision also held by Bentham. However, this big-picture view of open court seems to be lost on the European Court of Human Rights. While Article 6 (ECHR) demands that trials or civil actions are held in public, the Court has repeatedly interpreted this to actually mean that no violation of the public hearing requirement will be declared if someone fails to demand open court where a court is customarily closed.

This conditionality is problematic on several levels. First, a party may be concerned that seeking to invoke her right to open court might prejudice judges against her. Second, by requiring that open court be demanded, the effective benefit is diminished as most persons will not so demand, and the wisdom of comparative analysis is unavailable, as is the likely participation of the public due to the uncertainty around their right of attendance. Third, additional costs and delay may result if hearings need to be rescheduled.

The logical extrapolation of delivering open court only on demand of the parties is that open court becomes essentially voluntary for member states, and if few demand open court, all courts could in theory eventually become closed. Was this intended by the drafters of the ECHR which set very narrow exceptions to the open justice principle?

“The public-hearing requirement of Article 6 is enshrined in the Convention because the Contracting States thought it was important, not because a party [to the case] may think that it is important. The administration of justice in public . . . is one of the cornerstones put in place by the Convention . . . The fact that the public may not manifest any particular interest in a given case is not a consideration. Equally, a lack of interest in having a hearing in public on the part of one or both parties to a suit does not alter the matter.”

Mr Justice Walsh’s opinion grasps the importance of open justice. Allowing parties to opt out is effectively allowing them to piggyback on the fairer laws that others, who have demanded open court, have facilitated, without contributing to that collective wisdom. If most opt out, then the law-reform aspect of democracy is impeded.

There is growing awareness of the interconnectedness of open justice, free speech, democracy and the rule of law. In a recent speech titled “Openness and the Rule of Law”, Canadian chief justice Beverley McLachlin, speaking in London, cited the US case of Detroit Free Press v Ashcroft at the 6th Federal District Court as evidencing that awareness. The court robustly expounded the principle of open justice: “Democracies die behind closed doors . . . Open proceedings, with a vigorous and scrutinising press, serve to ensure the durability of our democracy.”

In the US, there is no express constitutional protection for open justice in civil cases. However, the right to open court is an unenumerated right reinforced by the first amendment free speech provision.

Which all seems to suggest that writing down rights does not always succeed; believing in them is what’s all-important.

Kieran Fitzpatrick is a student of Civil Law at NUI Galway