Court of Appeal Bill 2014 will only shift the backlog from one expensive court to another unless the way the courts, bar, and legal profession do business is reformed 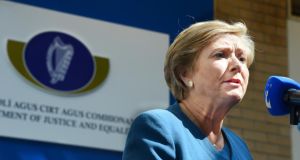 The Justice Minister’s just-published Court of Appeal Bill 2014 is a train wreck. This Government and former Justice Minister Alan Shatter spent millions running a referendum seeking the public’s blessing for a constitutional amendment authorising an intermediate court of appeal. But as minister Shatter admitted at the time: no constitutional amendment was needed. We know this because an intermediate court of criminal appeal has existed for decades, and its decisions and jurisdiction have been regularly upheld by the Supreme Court of Ireland.

The Government won its referendum for a new court on October 4th, 2013. The Government’s bill could have been prepared prior to the referendum, and then readied for prompt publication after what was widely predicted success at the polls.

Instead, nine months later, the new Justice Minister, Frances Fitzgerald, is introducing an implementation statute setting up the new court. Why the lengthy delay? The bill is only 38 substantive pages. Nine months and 38 pages – a leisurely six lines per day! Incredibly, after all this time, the Minister does not contemplate opening the new court for another two to five months.

I have read the Bill. I see no new choices in regard to the conduct of litigation. The proposed Court of Appeal is just a new version of the Supreme Court. The primary difference is the Supreme Court has nine regular members, but the Court of Appeal will have 10. One thing is certain: once the new court is established, it will be a permanent drain on the exchequer.

The Government told the public during the referendum the purpose of the new court was to resolve expeditiously the Supreme Court’s four-year, 500-plus case backlog.

The Supreme Court is behind on its list for one reason: the rules and traditions that guide the conduct of litigation make no sense. Should the new court carry on using the same (or similar) procedural framework used by the Supreme Court, it will be weighed down by the exact same backlog in the exact same way.

In such circumstances, the Government’s Bill is likely to accomplish little more than shifting the backlog from one expensive court to another, larger, newer, and more expensive court.

There is a better way.

But finding that better way will require changing the way the courts, bar, and legal profession do business. It will mean directly challenging powerful vested interests, including the judges themselves, and those that have enabled or benefited from their continual failure.

Second, where oral argument is granted, it should be limited: an hour should be more than enough for all but the most complex cases. The fact the Supreme Court regularly allows argument for a single case to last a day or more is nothing short of a scandal.

Third, the Supreme Court and future Court of Appeal judges should be encouraged, by means short of statutory reforms, to adhere to the principle of judicial restraint. For example, they should refrain from scouring the record for issues not raised by the parties. They should not allow parties to raise on appeal issues which were not fairly raised at trial. They should not allow parties to take late appeals after the time for filing has elapsed.

Finally, the law of Ireland is made needlessly complex by the habit of each judge’s writing separate judgments – a moth-eaten practice – unified judgments and unified dissents should be the norm.

Unless the new Court of Appeal adopts rules along these lines and other similar root-and-branch reforms, it risks duplicating failure. Seth Barrett Tillman is a lecturer at the Department of Law, NUI Maynooth