Sentencing and bail changes are poor substitute for Garda resources 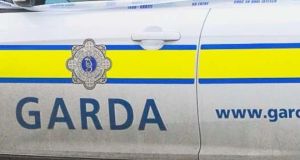 The number of burglaries is higher now than at the height of the economic boom. Photograph: Gareth Chaney Collins

Most people will be incredulous that mooted new consecutive sentences for burglars are not already the norm.

A range of specialist Garda operations to target burglars has failed to have the desired effect. While the number of burglaries in the State peaked at 27,098 in 2012, there were 25,207 the following year, one of the highest annual tallies on record.

The number of burglaries is higher now than at the height of the economic boom – there were 23,052 in 2007. All other crime types have fallen in that period, with gun and drug crime, for example, falling by up to 50 per cent.

Even the culture in the Garda of reclassifying to less serious offences those crimes initially recorded as burglaries has failed to hide the increase in break-ins.

The Government’s proposed measures – to introduce consecutive sentences for prolific burglars and tighten the process of applying for bail – will be welcomed. But their impact is doubtful.

A bail referendum was held in 1996, leading to new powers for the courts to refuse bail to those regarded as likely to commit further crime. It has made no difference to how bail is granted.

With lengthy delays in cases coming to court, and a prison system that has been bursting at the seams for the best part of two decades, judges have been reluctant to keep suspects in jail on remand for long periods.

Sentencing provisions introduced in the last 10-15 years, including a so-called mandatory 10-year jail term for criminals caught with commercial quantities of drugs, have been roundly ignored by the judiciary.

The discretion afforded to judges to opt out of imposing the 10-year “mandatory” term if exceptional circumstances apply has become the norm.

It is difficult to see why consecutive sentences would not go the same way.

Garda representative groups believe the way to tackle rising crime trends such as burglary is to commit more resources to the issue and accelerate Garda recruitment.