Circuit Court judged not to have jurisdiction to make possession orders 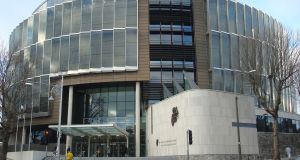 David Langan’s case will return later to the High Court to be addressed in line with the appeal court’s findings.

A significant judgment by the Court of Appeal has ruled that the Circuit Court had no jurisdiction to make possession orders for six domestic properties.

The judgment involved what the Court of Appeal described as “unfortunate and unintended” consequences for other cases.

Its judgment will have “even more serious consequences” beyond possession cases, the court said. It said the general jurisdiction of the Circuit Court to deal with general property disputes is “at least, now open to question.”

Cases which may be affected by the Court of Appeal’s decision are: where a dwelling was built after May 2002, where the mortgage was entered into before December 1st 2009, and where repossession proceedings were initiated before July 31st, 2013.

The dispute over the Circuit Court’s jurisdiction over property cases arose as a consequence of the Valuation Act 2001. This Act abolished rates on domestic dwellings. It became law in May 2002.

The three judge appeal court unanimously ruled that , where a property is not rateable as a result of the Valuation Act, the Circuit Court has no jurisdiction.

When a defendant has challenged the jurisdiction of the Circuit Court, that court cannot proceed to judgment in relation to a domestic dwelling rendered unrateable by the Valuation Act unless the case is affected by laws introduced in 2009 and 2013, it ruled.

Mr Justice Gerard Hogan, giving the judgment, said it will have “unfortunate and unintended” consequences. This includes that possession proceedings which do not fall within exceptions created by Acts of 2009 and 2013 will have to be brought in the High Court rather than the Circuit Court. This will simply create additional costs for litigants and deprive the parties of access to local courts, he said.

The judgment will have “even more serious consequences” as the general jurisdiction of the Circuit Court to deal with property disputes “is, at least, now open to question”. The court was nonetheless obliged faithfully to administer the law.

He noted the Land and Conveyancing Law Reform Act 2009, which came into effect on December 1st, 2009, conferred a new jurisdiction on the Circuit Court in mortgage cases which was not dependent on rateable valuation but that jurisdiction applies to mortgages for housing loans created after that date.

While the Land and Conveyancing Act 2013 extended the Circuit Court’s jurisdiction to mortgages for principal private residences created before December 1st, 2009, the relevant provision is effective only from July 31st, 2013, he said.

In Februay 2015, PTSB secured orders from the Circuit Court for possession of six domestic dwellings, after Mr Langan defaulted on repayments under a mortgage taken out in February 2008. Five of the properties are in north Co Dublin and the sixth is at Smithfield, Dublin.

The core legal issue before the Court of Appeal centred on whether, if a property is not rateable under the Valuation Act 2001, the Circuit Court has jurisdiction to hear proceedings brought by a mortgage lender for possession orders.

Mr Langan argued the Circuit Court had no jurisdiction as all six properties in his case were constructed after 2002 and, under the Valuation Act 2001, were not rateable.

The Court of Appeal said the 2001 Act specially provides that domestic dwellings, with some minor exceptions not relevant to this case, shall not be rateable. Apartments and mixed use premises are rateable in some limited circumstances, it noted.

In this case, all six properties are domestic dwellings, Mr Justice Hogan said.