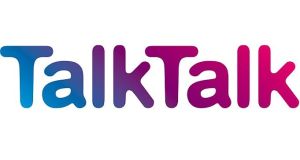 A Co Antrim schoolboy arrested over the cyberattack on TalkTalk has settled his claim for damages against Twitter.

The 15-year-old’s privacy action was resolved on confidential terms, with no admission of liability by the social networking service.

Meanwhile, his lawyers are seeking permission from the High Court in Belfast to serve proceedings on Google at its headquarters in the United States.

The internet giant is resisting the move, which is believed to involve a world-first attempt to sue it for negligence.

An application for leave to issue a writ out of the jurisdiction has been adjourned until March.

Separate lawsuits are also continuing against three national newspapers over the publicity surrounding the teenager’s arrest. He was questioned in October last year by police investigating a major hack into the phone and broadband provider’s database.

The boy was among a number of suspects to be detained in connection with the TalkTalk investigation. He was interviewed on suspicion of offences under the Computer Misuse Act before being released on bail.

No charges were brought. Since then his lawyers have issued writs claiming negligence, misuse of private information, defamation, breach of confidence and data protection.

The three newspapers defending the action, the Daily Telegraph, the Daily Mail and the Sun, have all given undertakings aimed to protecting his identity pending the outcome of the case.

Legal steps were also taken to secure the removal of material published online about the boy and where he lived.

The court was told the boy’s family has had to move home following the publicity surrounding his arrest.

His lawyers claimed he could be identified from newspaper articles and partially blacked out photographs which appeared at the time.