Before he was hanged, Harry Gleeson spoke: ‘I can meet God, for I am innocent’

A man executed for murder on April 23rd, 1941, will soon be pardoned. In a previously unpublished account, his late lawyer recalls the case – and Harry Gleeson’s last night alive 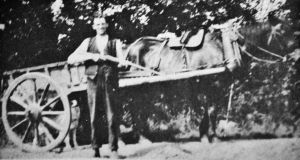 Innocent: Harry Gleeson could not have killed Mary McCarthy, according to Seán MacBride, his lawyer 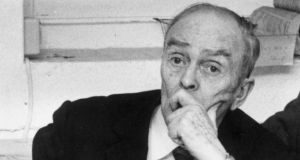 Innocent: Harry Gleeson could not have killed Mary McCarthy, according to Seán MacBride, his lawyer, shown here in 1972. Photograph: Wesley/Keystone/Getty

One of the most traumatic criminal cases I was ever involved in was the defence of a man from Co Tipperary, Harry Gleeson. My solicitor in the case was John Timoney.

Gleeson was accused of having murdered Mary McCarthy. Both came from the village of New Inn. Mary McCarthy was distinguished in the district by reason of the fact that she had six children by different fathers. As I gathered, everybody in the locality knew who the father of each of the children was.

The suggestion was that she was about to have another child and that Harry Gleeson was the father, or alleged father, of the expected child.

This case was a complicated one based on indirect evidence. The circumstantial evidence depended largely on a question of time as to whether or not Harry Gleeson’s alibi (which was certain up to a definite time) continued just at the crucial period. It was also complicated by the fact that nobody knew the exact time of death. Mary McCarthy had been shot and killed, and there was some doubt about the exact time that she died.

I came across several pieces of evidence, however, that confirmed my submission that the police evidence was unreliable. I knew the locality fairly well. I found that the village of New Inn had closed like a tight oyster shell; practically everybody there was related in one way or another to one of Mary McCarthy’s children.

It took me a long time to discover that there were two alternative suspects, people who were named as possible culprits instead of my client. One was a person who was reputed to have had relations with Mary McCarthy.

But I satisfied myself that Harry Gleeson could not have committed the crime at the time it was said he committed it.

The trial took place. The trial judge was Mr Justice Martin Maguire. The prosecuting counsel was George Murnaghan, who later became Mr Justice Murnaghan. From the word go the trial judge had taken the bit between his teeth and decided that the accused was guilty and should be convicted.

In addition to this my senior counsel, James V Nolan-Whelan, became ill after the second day of the case and could hardly attend. He didn’t sign out but was attending for half of the day. So the burden of fighting the whole case fell on my shoulders. I was fighting against a hostile prosecution team and a judge who was prejudiced. Gleeson was duly convicted.

I had throughout the trial listed the grounds of the appeal, of things that had been unfairly done, evidence improperly admitted, comments improperly made. These amounted to 17 – a large number.

An appeal was lodged and went before the Court of Criminal Appeal. On the first and second day I had Mr Justice Henry Hanna completely on my side, although he was hostile to me politically. Unfortunately, as the day wore on, he quarrelled with the chief justice, who was violently in favour of the prosecution and was arguing very strongly against my contention. At one stage, when the chief justice asked me a question, Hanna interrupted and said very harshly: ‘Well, surely, nobody but a numbskull could make such a suggestion to Mr MacBride.” This was a terrible insult to the chief justice, and silence reigned for a few seconds. Then the chief justice adjourned the court.

When we sat in court the next morning it was obvious in a matter of minutes that they had made the peace against us. In other words Henry Hanna had changed his mind and had now accepted the viewpoint of the chief justice that my client was guilty.

The appeal was decided against us.

I was completely convinced by this time that Harry was innocent. I had analysed the evidence backwards and forwards.

There was a further aspect of the evidence that was important later on. The principal witness was a man called Thomas Reid. His was the only evidence as to timing, about which he had made two statements. In the second of these he contradicted his first, saying that he had been beaten by the police and forced to make a statement giving the wrong time. This meant that his evidence, as in my submission, should be disregarded completely. He had given two different times and his explanation was that he had been pursued by the police to do so, as it fitted better with the police case.

Harry Gleeson was duly convicted and sentenced to death.

On Tuesday, April 22nd, 1941, the night before his execution, I was called to the prison. The governor said that Harry Gleeson wanted to see me. I went, thinking that I had been a fool and that the man was probably guilty and was sending for me to let me know. This happens in some cases.

I found Harry Gleeson with rosary beads in his hands. The chaplain, the prison governor, the doctor and a number of warders were present.

“Within a few hours I will be dead”

He continued: “I know that there is only one way I can repay you and that is to tell you the truth at a time when you would know that I wouldn’t lie to you. Within a few hours I will be dead. I have no grievance about that. I’m glad to die this way, because I can never be better prepared to meet God than I am now, particularly because I am innocent. I wanted to tell you this at the last possible moment when I am alive, because that is the time you would know that I had nothing to gain.

“I never murdered Moll McCarthy or had anything to do with it. I felt that telling you was the best way I could reward you for all the work you have put in for me.”

He put his arms around my neck and said goodbye to me and said some prayers.

I am convinced that Harry Gleeson was innocent. So was the governor; so was everybody else in that room. He was hanged the next morning.

Seán MacBride, who died in 1988, was a government minister and IRA chief of staff who was also junior counsel in the Harry Gleeson case; this is an edited version of an article that he wrote in 1976