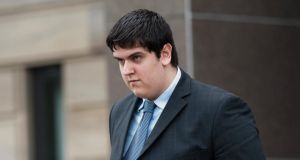 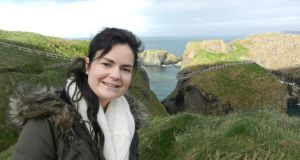 Scotland police confirmed a body found on a farm outside Glasgow was that of the missing nurse Karen Buckley.

Alexander Pacteau (21), has been remanded in custody after he was charged this afternoon with the murder of Irish student Karen Buckley in Glasgow.

Mr Pacteau from Glasgow was charged with the murder of the Cork nurse and with attempting to defeat the ends of justice when he appeared at Glasgow Sheriff’s Court this afternoon.

The hearing before Sheriff Charles McFarlane was held in private and Mr Pacteau made no plea or declaration and he was remanded in custody to appear in court again next week.

Mr Pacteau was initially detained by police on Wednesday and was later arrested around 4am on Thursday in connection with Ms Buckley’s disappearance and death.

Security was tight for Mr Pacteau’s appearance at Glasgow Sheriff’s Court, which is located at Carlton Place on the southern bank of the Clyde not far from Glasgow city centre.

Ms Buckley’s body was found by Scotland police on High Craigton Farm outside the city this week.

A major police search was launched after Ms Buckley (24), disappeared while out with friends at Sanctuary nightclub in Glasgow last weekend.